A valse start in the prologue yesterday in which Smeenge broke his seatpost was made up for today by the KMC duo with a stage win and the leaders jersey. Both the prologue and first stage took place in the Western Cape of South Afrika in Mosselbay. In yesterdays prologue it was hot with temperatures over 30 degrees but today it was cool and Mos and Smeenge prefer these circumstances. 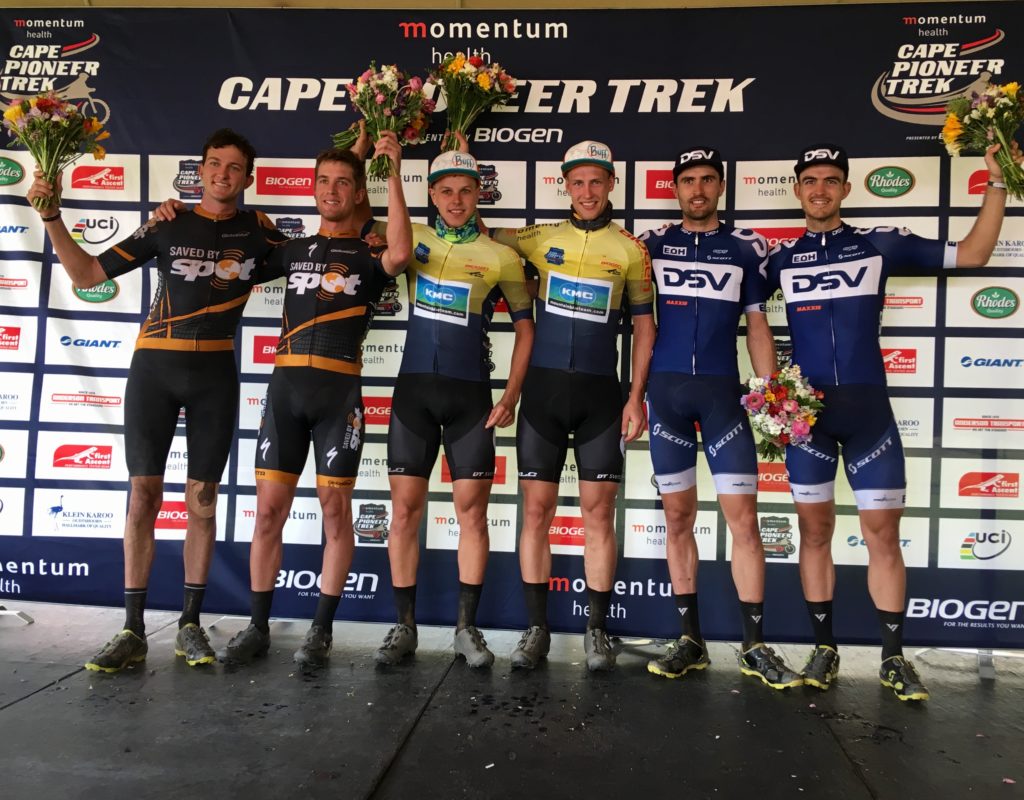 ‘Halfway the twelve kilometers long prologue I slipped from my pedal and landed with my full body weight on the saddle and my seatpost broke. Afterwards I had six hard kilometers standing on my pedals but luckily we did not loose to much time and still finished at fourth place.’, stated Smeenge.

‘Today the stage covered 97 kilometers and after 40 kilometers we managed to escape together with the Inbuko team. With 60 kilometers to go we put the hammer down and with some tailwind we reached a speed far above 50 kilometers an hour. That was just too much for Inbuko and so were leading solo and managed to increase our lead in the remaining part of the race. Great to win a stage and wear the leadersjersey in my fifth participation in Cape Pioneer Trek!’, stated Mos.