In Austrian Tux Roel Verhoeven and Gerben Mos had a great start in the first stage of the Bike TransAlp finishing at sixth place. The first stage lead over the Tuxer Joch to Italian Brixen. There were 3200 altimeters to gain today and both men equaled each other in the 105 kilometers long stage. 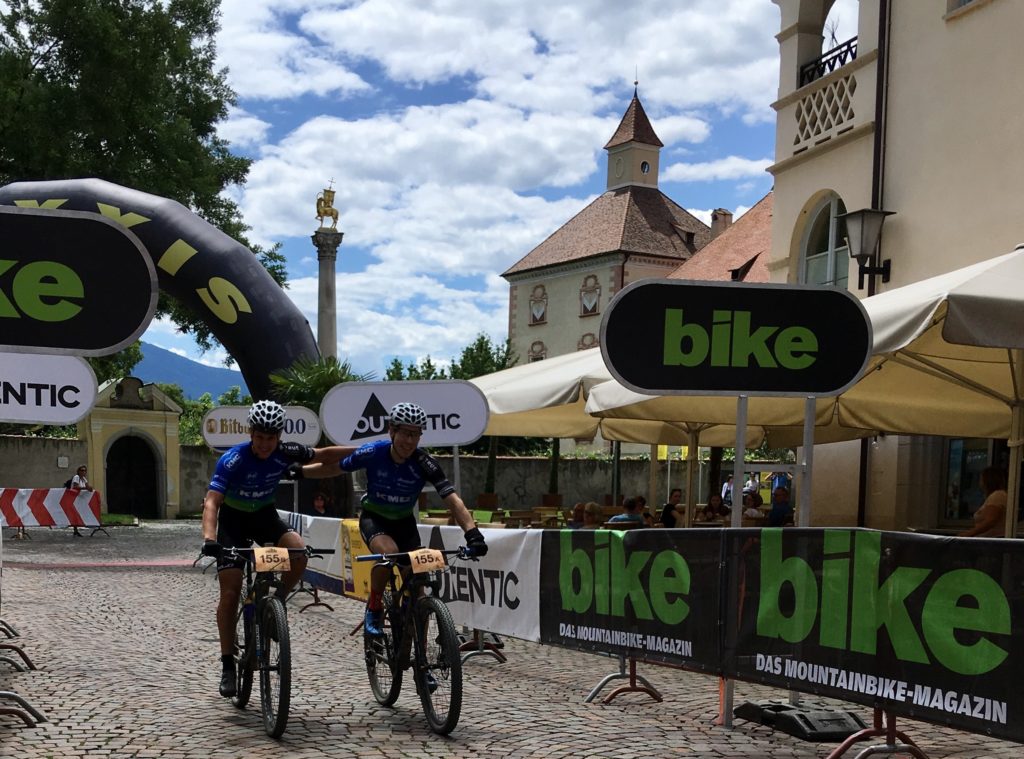 ‘On the first climb I was a bit better than Roel and we arrived with another team at fourth place on the Tuxer Joch. In the descent some other teams joined us and so we had a good group working together in the valley. In the last climb we passed the numbers three but we could not keep this place and finished sixth.’, stated Smeenge. The Swiss-German duo Urs Huber and Simon Stiebjahn won the first stage.