With Teus Ruijter, Gerben Mos, Tim Smeenge, Ramses Bekkenk and Rozanne Slik, the KMC team was at the start of the Drenthe 200 in Roden this morning at six o’clock. When crossing the N858 road near Norg, Tim Smeenge, Gerben Mos and Jelle-Wietse Jongedijk separated from the leading group on a hard track. Smeenge’s pace was so high that he was alone in the lead moments later and did not relinquish that position. After a solo of 190 kilometers, he arrived in Roden with a lead of almost 22 minutes on Bas Peters. Laurens ten Dam came in third one minute after Peters. 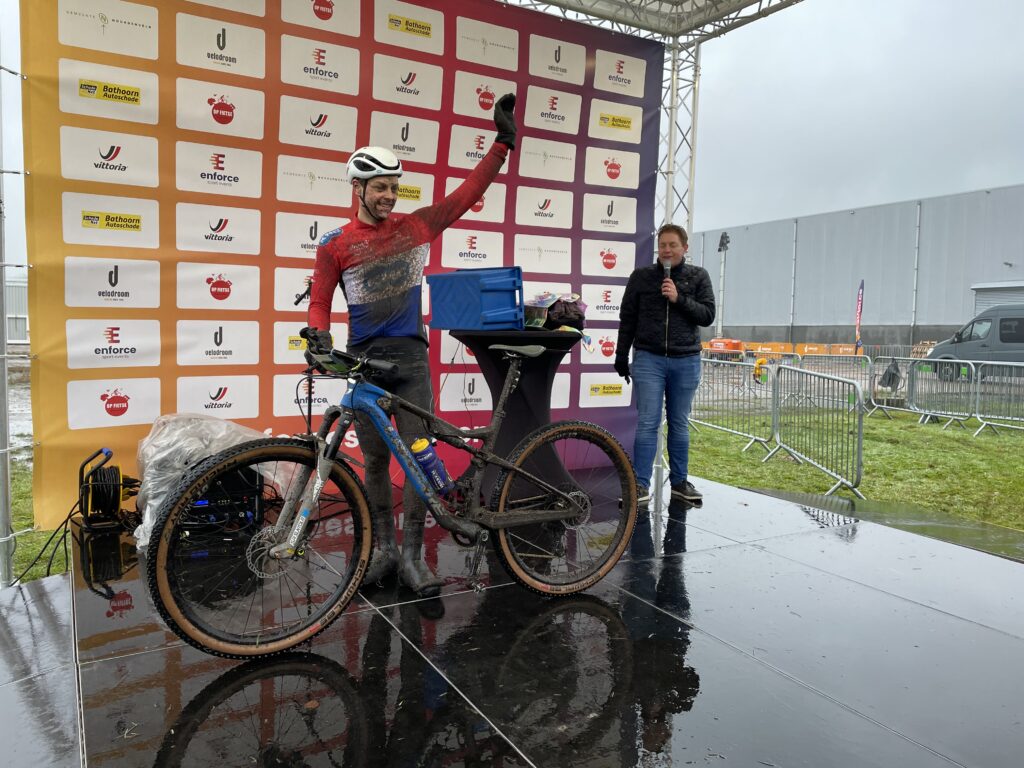 Teammate Teus Ruijter seemed to be on his way to bronze for a long time, but had to let fellow escapee Bas Peters go in the final phase and saw ten Dam pass by moments later. Shortly behind Ruijter, Gerben Mos came in fifth, followed by Julius van den Berg and Ramses Bekkenk in sixth and seventh place.

“I soon found myself alone in front and because I felt good I decided to continue alone. Near the village Loon I was told that I already had a four-minute lead and that gave me a lot of confidence because I certainly wasn’t riding at the maximum. It’s great to win so close to home with such a long solo in this way,’ says Smeenge. Teammate Rozanne Slik unfortunately did not reach the finish due to the cold.