Saturday Tim Smeenge took his first victory of this season by winning ´Helterittet´ mountainbike marathon in Rjukan. Smeenge finished solo after he left his fellow front runner Lars Granberg on the last climb behind. The same Granberg beated Smeenge in 2018 in the sprint but this year the positions on the podium were turned around. 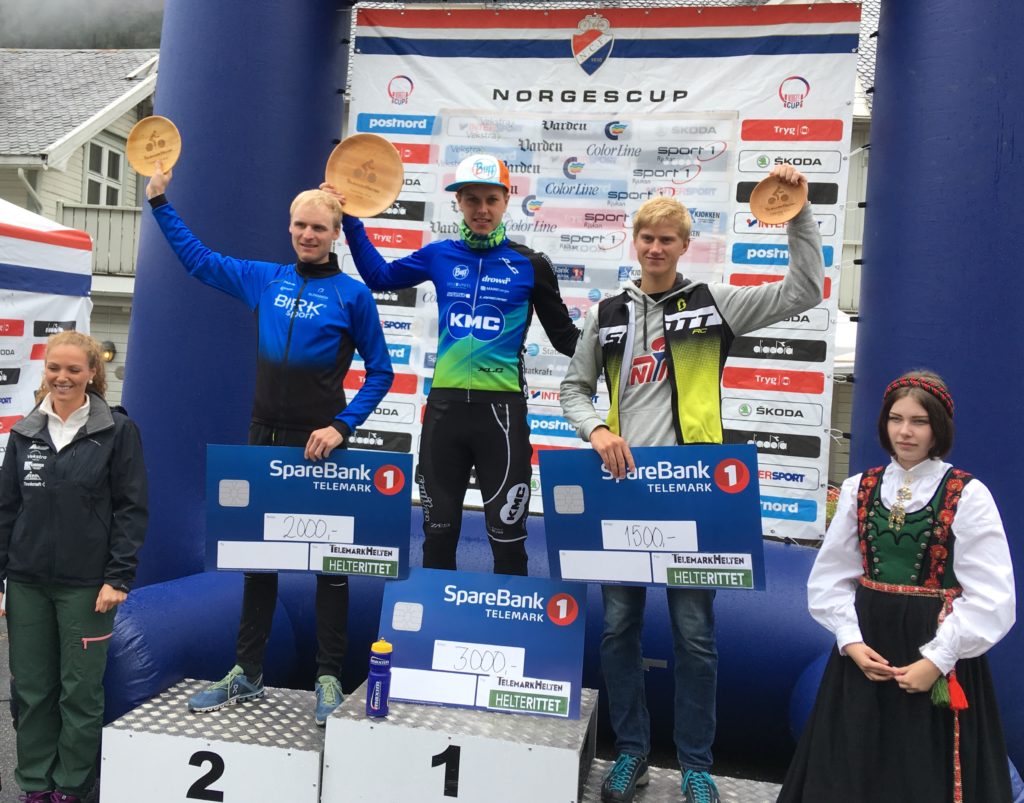 ´The weather was not that good but I like rainy and cold conditions. On the first climb I escaped together with Ole Hem but in the descend a big group caught up with us again. In the next climb towards the Hardangervidda the group deminished to four men and halfway the 100 kilometers long race after the feed zone it was between me and Granberg only. My knowledge about the course helped me this year and I waited to the last climb to make a succesfull attack. Afterwards it was just a case to avoid mistakes in the descend to Rjukan. Great to win the final race in the ´Norgescup´.’, stated Smeenge. After a periond of rest Gerben Mos was back in competition as well and finshed at 12th place.