In his own province, Tim Smeenge took the victory on the Drentse ‘Hondsrug’ in a sprint à deux with Frits Biesterbos. Smeenge rode away early in the race with fellow provincial Gerben Mos, Frits Biesterbos and Jasper Ockeloen. The men worked well together and managed to extend their lead and it soon became clear that it was about the victory between them. Smeenge and Biesterbos managed to break free and in the sprint Smeenge managed to beat Biesterbos. Mos completed the podium by coming in third. 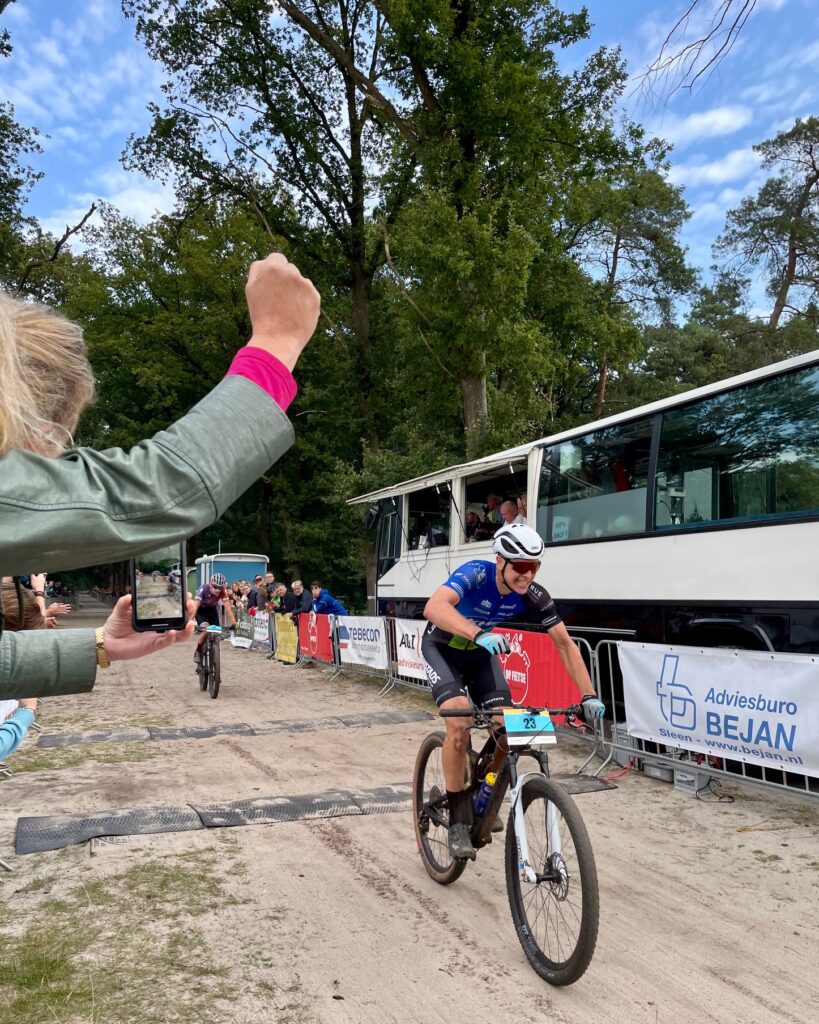 “I had a bad crash in the Swiss Epic in August and initially the damage seemed to be not too bad, but all in all I was unable to compete for over a month because of bruised ribs. Fortunately, I was able to continue to finish my training sessions reasonably well and I certainly started today with ambitions. Very nice to win here in my own Drenthe.’, says Smeenge.

In the women’s race, teammate Rozanne Slik finished third behind winner Tessa Neefjes and Rosa van Doorn. Ramses Bekkenk was the fastest in the Master category.