In Eijsden, Limburg, mountain biker Tim Smeenge finished second after 105 kilometers today behind Hans Becking during the Bart Brentjens Challenge, which is also the setting for the Dutch National Championships marathon. The race was won by the Belgian Wout Alleman, but of course he did not participate in the battle for the red white blue jersey.

“I was attentive throughout the race, but once did not pay attention and had to close a gap. That was quite easy for me and I realized then that the legs were very good. The leading group thinned out further and Hans Becking dropped out at the front due to a mechanical problem, so that I ended up leading together with Alleman. I gave everything but Hans proved too strong and overtook me again in the last kilometers. All in all, I am very satisfied with my second place.”, says Smeenge.

Rozanne Slik finished sixth in the ladies race and Ramses Bekkenk took the red white blue jersey at the Masters 40+ category. Despite a start in the backfield, Bekkenk also finished 25th in the overall standings. Roel Verhoeven unfortunately abandoned the race due to a mechanical problem. 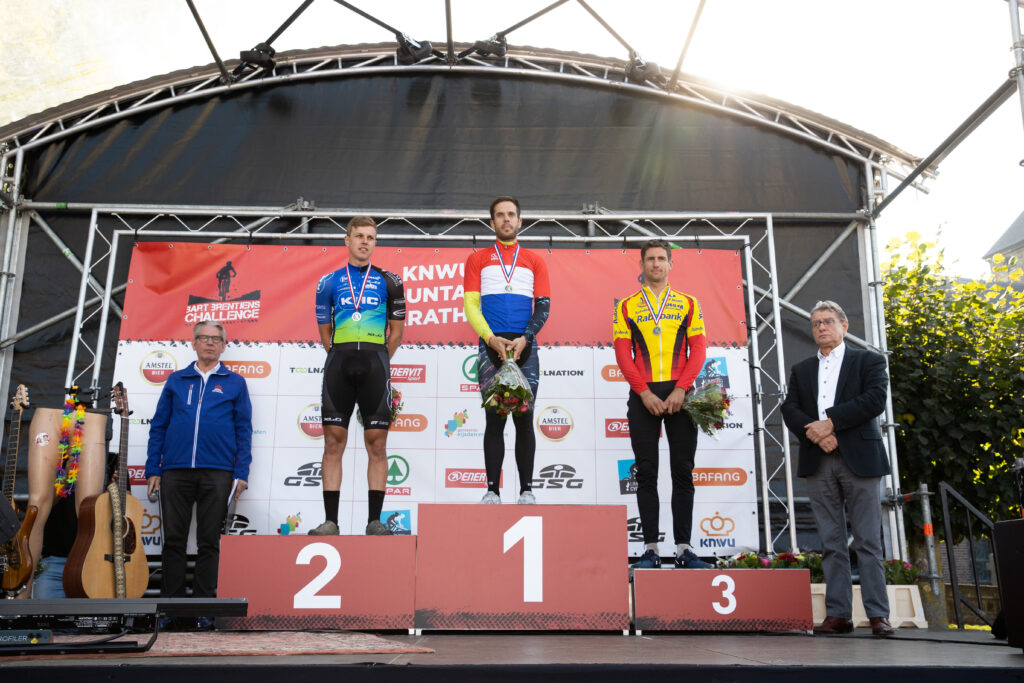