A loose surface caused heavy passages around Norg and the peloton broke up into small groups soon after the start. At the front a five-man leading group was formed with Jasper Ockeloen, Tim Smeenge, Thom Bonder, Pim Funken and Lennart van Houwelingen. Bonder had to deal with bad luck and Smeenge and Ockeloen left Funken and van Houwelingen behind, but the differences remained small and everything came together again a little later for the clims at Kloosterveen. On the short climbs of these humps Smeenge shook the tree firmly, had a small gap, but Ockeloen managed to close it with Bonder in his wheel. 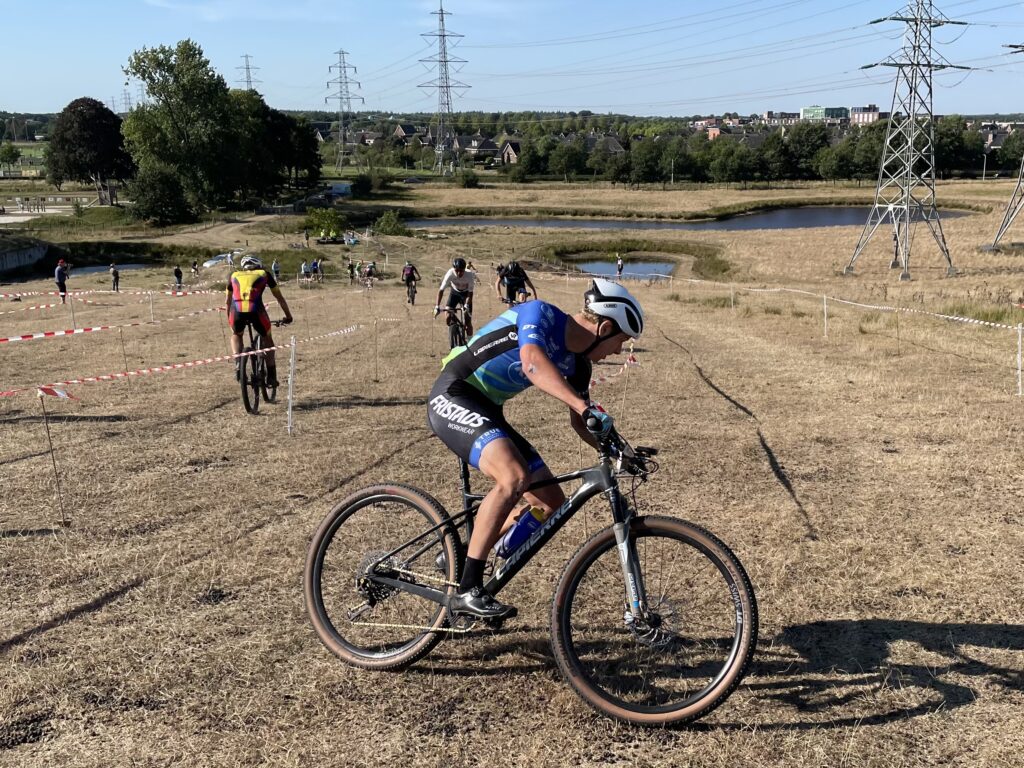 “After a navigation error I had to close another gap on Jasper and Thom myself, but managed to rejoin the front. At that point it was only fast tracks to the finish and we could start preparing for a sprint. Jasper clearly had the fastest legs after 100 kilometers but I finally managed to beat my training mate Thom in a sprint and finish second.”, said Smeenge with a wink. “Now I am going to prepare for the World Marathon Championships in Denmark in two weeks and the National Marathon Championships in Gasselte, which will take place in three weeks.