Despite some physical setbacks in the last few weeks, Smeenge felt very strong today and took the initiative a few times early in the race on the tough sand passages. His KMC teammates Teus Ruijter and Gerben Mos were also part of the large leading group and Mos was able to position Smeenge well a few times. With more than half a lap to go, the large leading group broke under Smeenge’s impulses. He rode away with Stan Godrie and Hans Becking and working well together the leading trio gave the chasers no chance to come back. “I already had the idea that I had the best legs and when Hans had to leave a gap I went full and I saw that Godrie couldn’t come along. After that it was full gas to the finish line and I still had time left in the finish street to enjoy this victory.”, says Smeenge. Ruijter and Mos finished at seventh and tenth place.

“Like Tim, I didn’t have an ideal preparation for the race, but it went surprisingly well today. I made a few steering mistakes that caused Tessa to ride further and further away from me, but on the last lap I managed to rejoin Tessa. Unfortunately I’m not a sprinter and that’s why I couldn’t get more than second place. It’s nice to be on the podium here with teammate Rozanne Slik.”, says a satisfied Brouwer. 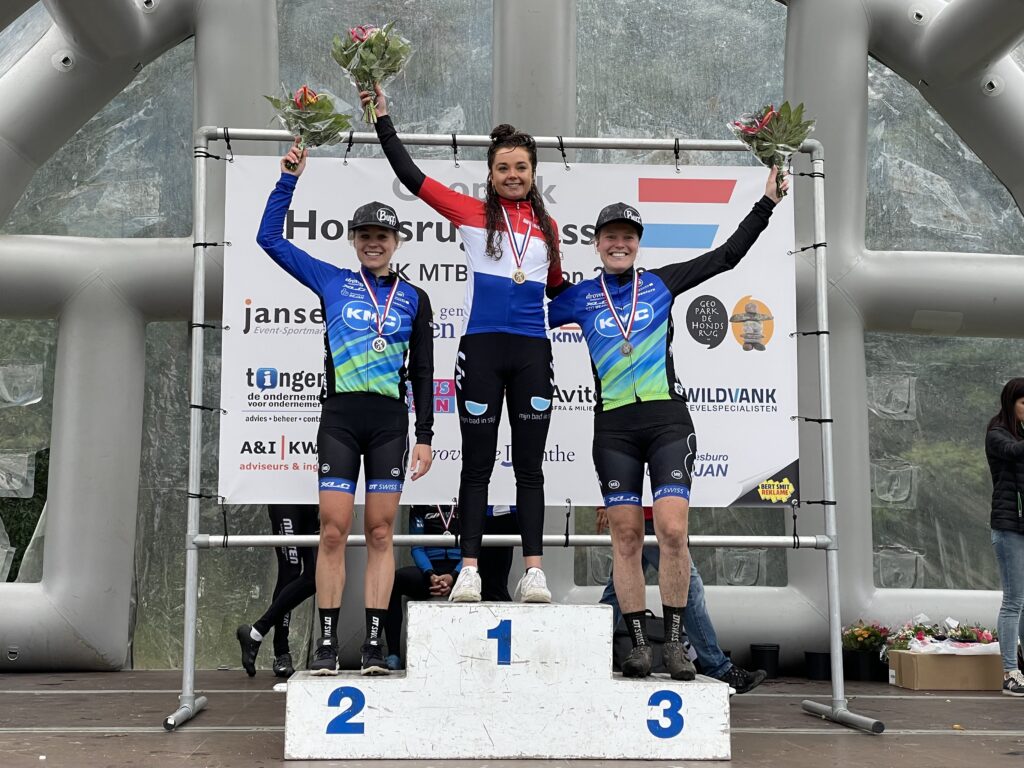 Ramses Bekkenk was in old-fashioned shape, led the entire race and hurt the competition on the sand passages. One after another of his group dropped out and he even picked up quite a few Elite riders in his race for the title. Only Tibor Zwaan managed to follow, but no more than that and it was Bekkenk who took the red white blue jersey. 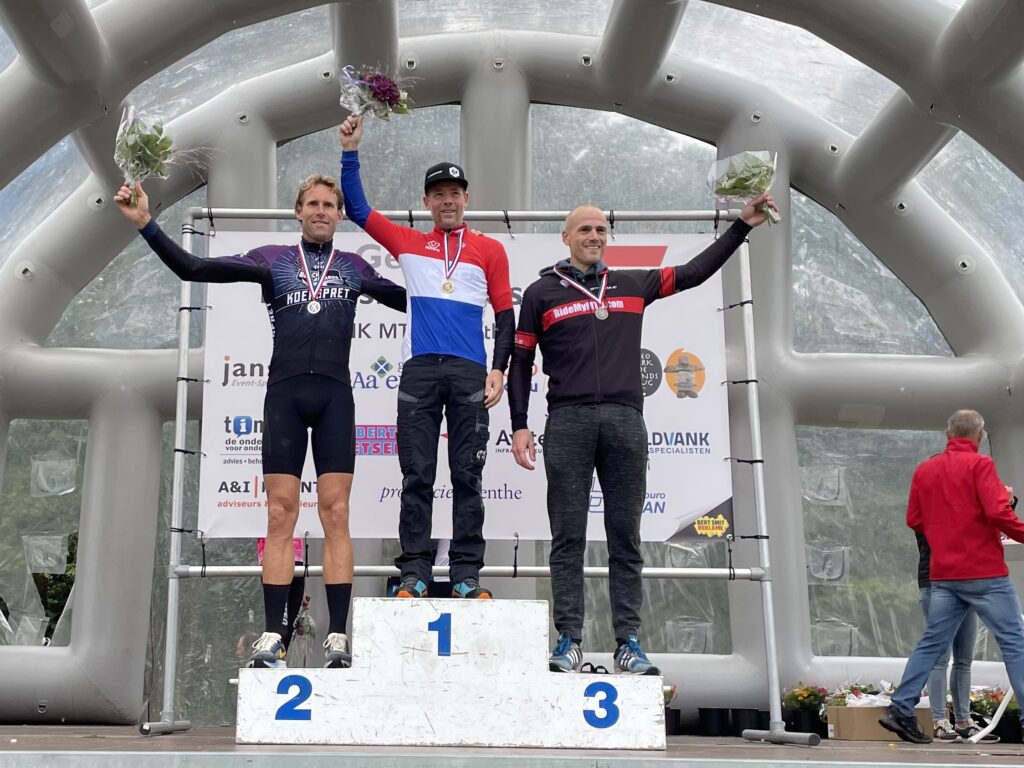