Tim Smeenge and Teus Ruijter finished the Bike Transalp with a great stage victory. In the seventh and final stage from Lavarone to Riva they took their chance and arrived first at Lake Garda. With their win, they also climbed from place three to two in the final standings behind the winners Herrera and Mejia. The Austrian/Italian duo Philip Handl and Michael Wohlgemuth took third place. 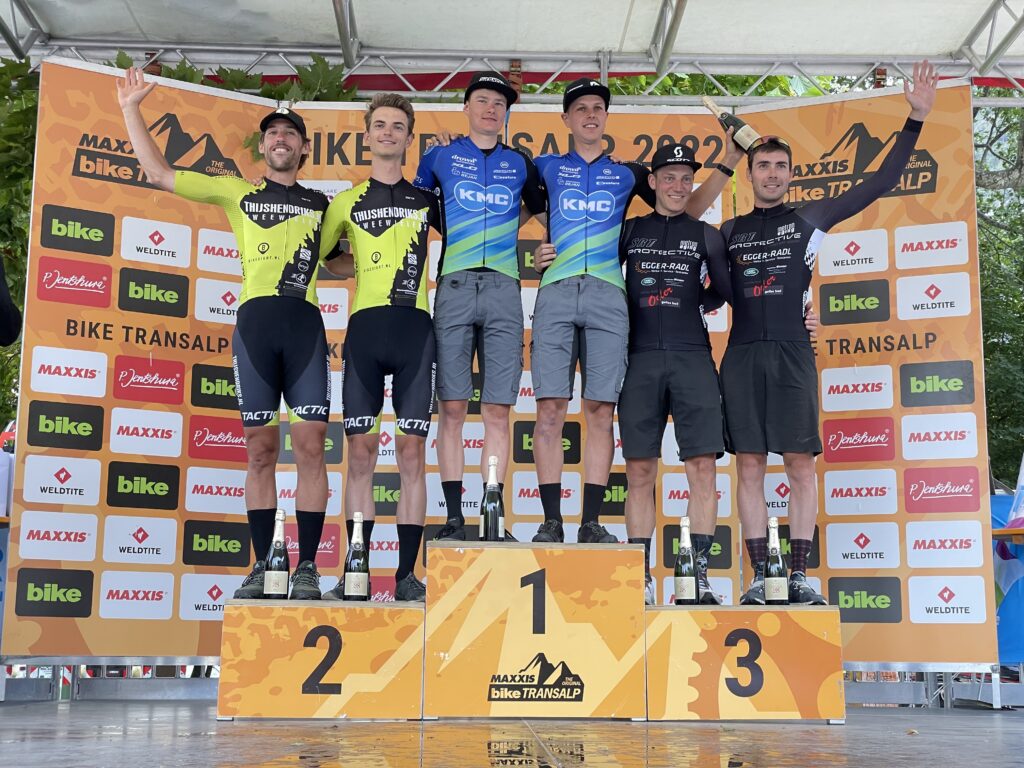 “In the long fifth and sixth stage from Kaltern to San Martino di Castrazo over 94 kilometers and then to Lavarone over 116 kilometers we finished third twice and lost second place in the standings to the duo Handl-Wohlgemuth,” said Smeenge.

“Today there was a difficult descent with a lot of big loose stones in the stage and we therefore increased our tire pressure a bit. A good move because we came down without any problems where some competitors had to deal with bad luck. Keeping everything intact is also part of the sport and it rewards us with a stage victory in the final stage.’, says Ruijter, who then took a dip in Lake Garda with Smeenge.