With a seventh and eighth place in the last two stages, Teus Ruijter and Wim de Bruin finished sixth today in the five-day stage race 4Islands in Croatia. German leaders Simon Stiebjahn and Martin Frey from Singer Racing won four of the five stages and were joined on the podium by Hugo Drachou and Peeter Pruus from team Buff-Megamo and Daniel Geismayr and Fabian Rabensteiner from Wilier-Pirelli. 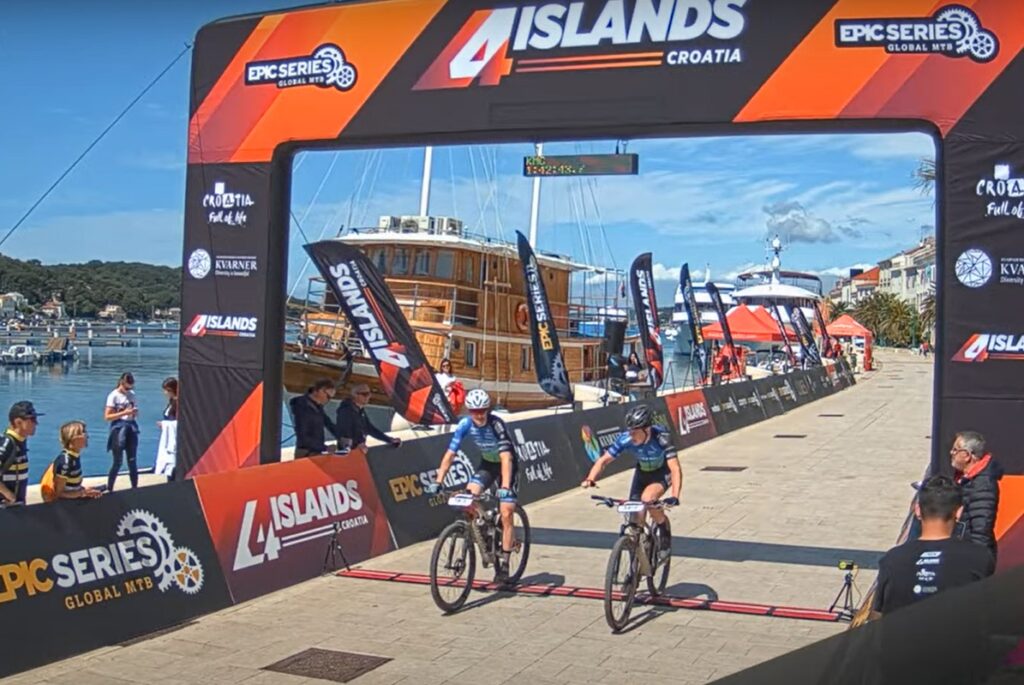 “Yesterday was very slippery because of the rain and we had to sprint on a slippery cobblestone road for sixth place. We didn’t take that risk anymore and so we came in seventh.’, says de Bruin.

“The final stage was a short one of forty kilometers and we moved further and further forward. Eighth place was enough to secure our sixth place. In advance I had hoped for a top ten place, but a sixth place exceeds our expectations.’, says Ruijter.