After a few difficult races in the recent weeks, Tim Smeenge has regained good form this week in Schladming, Austria. He started the Alpentour with a solid twelfth place in the first stage behind Colombian winner Paez. In the second stage he came in eighth and in the third stage he was in the lead for a long time and managed to finish second after only Italian Daniele Mensi passed him in the long climb to the Krummholzhutte at over 1800 meters altitude. 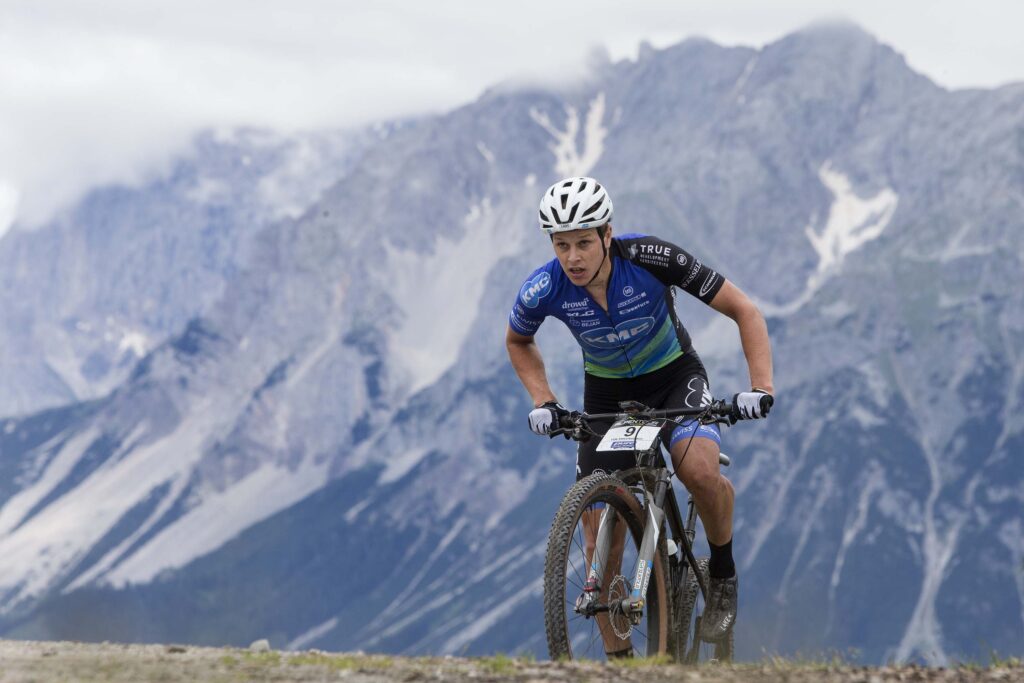 “Unfortunately I had to abandon at the European Marathon Championships in Czech Republic last weekend because it really didn’t work out. It was over 35 degrees there and that was probably the cause because here in Austria at lower temperatures I immediately felt a lot better with the podium place as the highlight. In the final time trial today I finished tenth and seventh in the general classification behind winner Paez.’, said Smeenge.

Next week the seven-day stage race Bike Transalp is on the program where I will start as a duo with Teus Ruijter.