The KMC team was at full strength at the startline for Drenthe 200 in Roden today with Roel Verhoeven, Gerben Mos, Tim Smeenge and Ramses Bekkenk. All men were part of the first leading group which deminished as the kilometers passed. At sunset on the way to Schoonloo Verhoeven started a long solo ride after Ramses Bekkenk had determined the pace for a while. As nobody responded Smeenge and Mos were the next men to attack and managed to catch up with Verhoeven after 110 kilometers just before Dwingeloo. 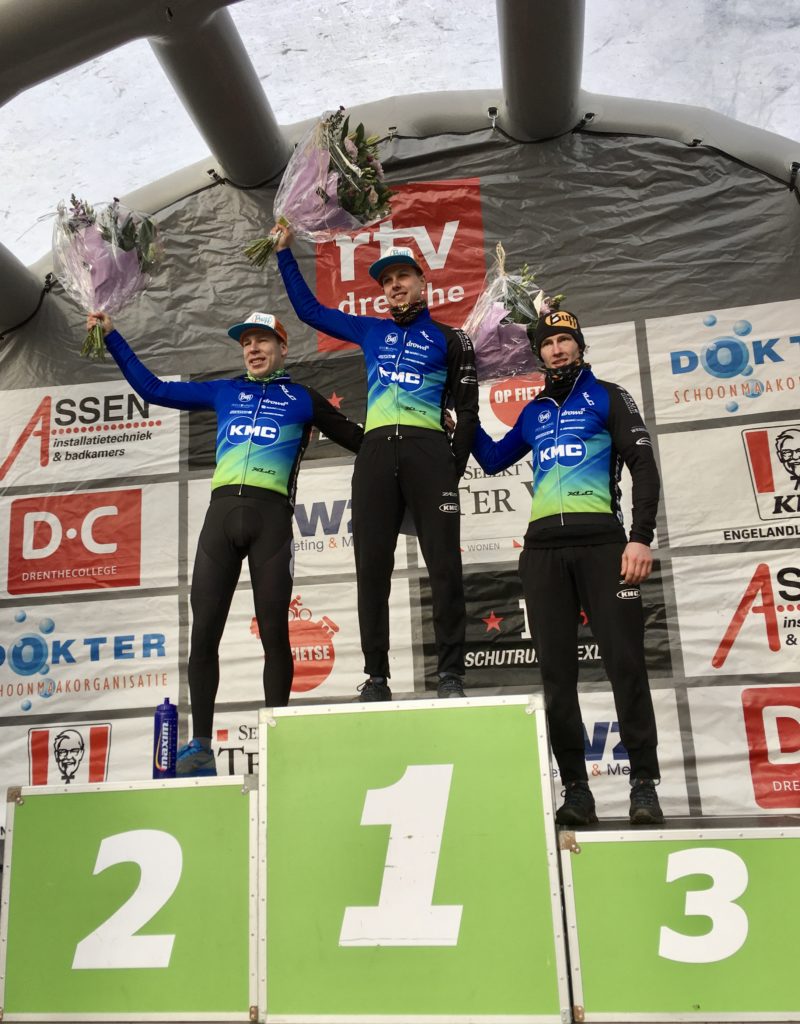 ‘Once we were with three teammates together we managed to increase our lead without riding on the limit. In the end Gerben struggled but Roel was still strong and we both knew it would be hard to get rid of each other. So after 200 kilometers we ended up in an inevitable decisive sprint where I just managed to beat Roel in the last meters. Great to win in my region and so close to home.’, stated Smeenge. Bekkenk rode for a long time close behind the leading men with the strong youngster Adne Koster but paid the price for his work early in the race. Bekknek finally finished at tenth place where Koster ended his strong ride at fourth place.