The third stage and also the queen stage took the mountain bikers in the Swiss Epic from St. Moritz to Davos over the Passo del Bernina at more than 2300 meters altitude. Smeenge and Ruijter again took eighth place behind the winners Rohrbach-Flückiger. Smeenge had a hard crash in the fourth stage but this crash seemed without consequences and they even finished seventh behind the winners Becking-Guerra. 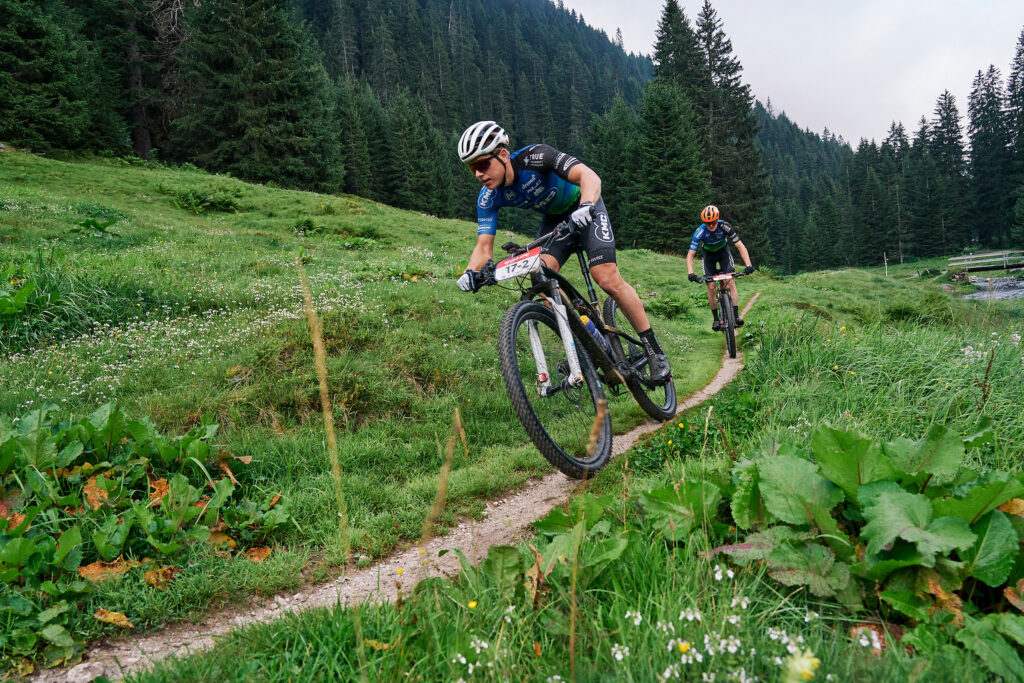 Team KMC during Stage 4 of the 2021 Swiss Epic from Davos to Davos, Graubünden, Switzerland on 20 August 2021. Photo by Michael Chiaretta. This also placed them seventh in the standings, but in the morning of the last stage Smeenge did not feel fit and unfortunately had to give up after the first climb. Ruijter finished the last stage solo and came in seventh, but that of course no longer counted for the classification. “It’s a shame it ends like this, but with a multi-day stage race, the challenge is to keep body and bike up running every day. Certainly not an easy task here on the beautiful but demanding courses.’, says Ruijter.