On Tuesday August 16, the Swiss Epic started in Arosa with Tim Smeenge and Teus Ruijter on behalf of the KMC team. The first stage covered 59 kilometers and Smeenge and Ruijter had bad luck, lost a lot of time with the repairs and came in fifteenth. The stage was won by the Austrian/Italian duo Daniel Geismayr and Fabian Rabensteiner (Wilier-Pirelli). 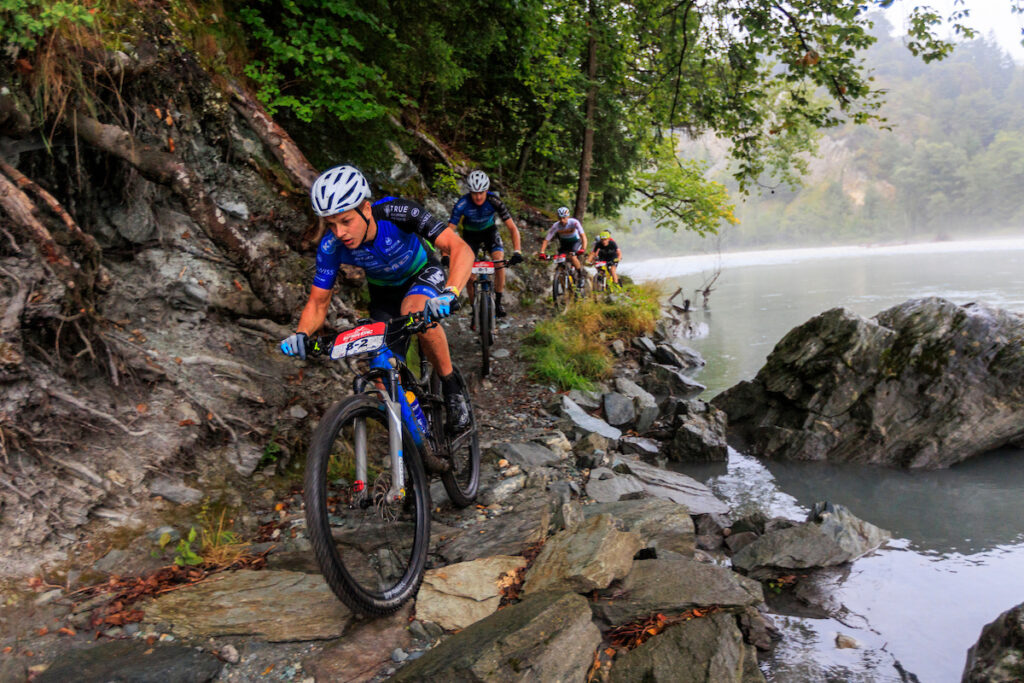 Tim SMEENGE during Stage 4 of the 2022 Swiss Epic from Laax to Davos, Graubünden, Switzerland on 19 August 2022. Photo by Sam Clark.

A day later, the peloton left Arosa for Laax for the second stage over 79 kilometers. The Smeenge/Ruijter duo had a good day and kept moving forward. Compensating for the time they stood still at a railroad crossing, they clocked the sixth time of the day. In the third stage around Laax, Smeenge and Ruijter rode a solid race and came back in Laax in eighth. Daniel Geismayr and Fabian Rabensteiner also managed to win both the second and third stage.

On Friday, the longest stage ever ridden in the Swiss Epic was on the program of no less than 100 kilometers. However, it wasn’t just the hundred kilometers but especially the rain on the night before and during the race that made it an epic stage. The Dutchman Hans Becking and Portuguese José Dias competed from Laax to Davos for the win but had to acknowledge their superiority in the sprint in the Germans Simon Stiebjahn and Martin Frey (Singer Racing). With another eighth place, Smeenge and Ruijter also digested the ride well.

The final stage was over 58 kilometers around Davos and Daniel Geismayr and Fabian Rabensteiner showed that they were absolutely the strongest couple this week by also winning the this stage and thus the final classification. Smeenge and Ruijter took no more risks and with an eleventh place Smeenge and de Ruijter secured their ninth place in the standings. Becking and Dias managed to finish third and climb to third place in the final standings behind Simon Stiebjahn and Martin Frey.