Yesterday the Swiss Epic started in St. Moritz with the Dutchmen Hans Becking, Tim Smeenge and Teus Ruijter. The Swiss Epic is a five-day stage race for mountain bikers that takes the riders from St. Moritz to the finish in Davos over 350 kilometers and more than 12,000 vertical meters. 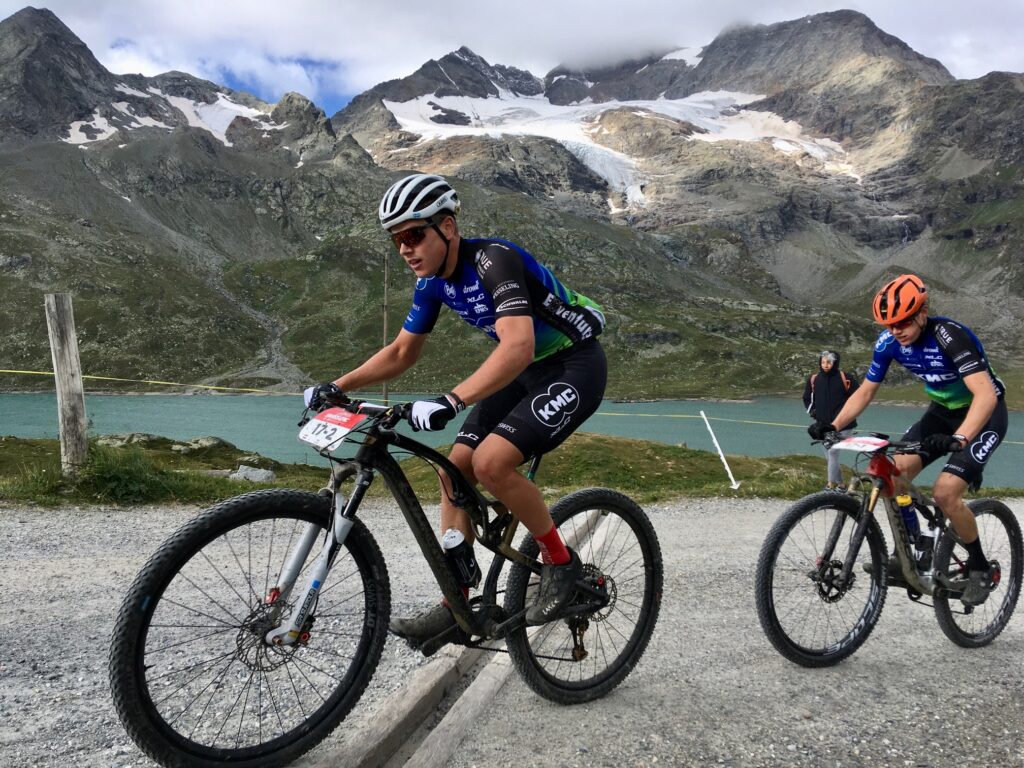 For Ruijter it is his first participation in this tough mountain bike race as a guest rider of the KMC team. The first stage was held in the mountains around St. Moritz and ‘Lake Silvaplana’. In this stage, Smeenge and Ruijter had a difficult start, rode a strong climb but then lost ground again in the descent and eventually finished thirteenth. Becking crossed the line in fifth with his Spanish teammate Guerra.

“The second stage from St. Moritz to Valposchiavo went very well, although I had a bit of trouble in the second climb at an altitude of over two thousand meters. Luckily I recovered and we were able to overtake some teams and then descend to the finish.’, said Smeenge. Becking and Guerra finished second behind the winning Swiss duo Rohrbach-Flückiger who also won the first stage and thus lead the standings ahead of Becking-Guerra.