In her first mountain bike race over 200 kilometers, Rozanne Slik immediately took the victory in Ees in Drenthe during the Bartje 200. She was not only the first lady but also finished 38th in the total field with her time of 7:38:43. However, she did not receive the victory as a gift because her race went with ups and downs. 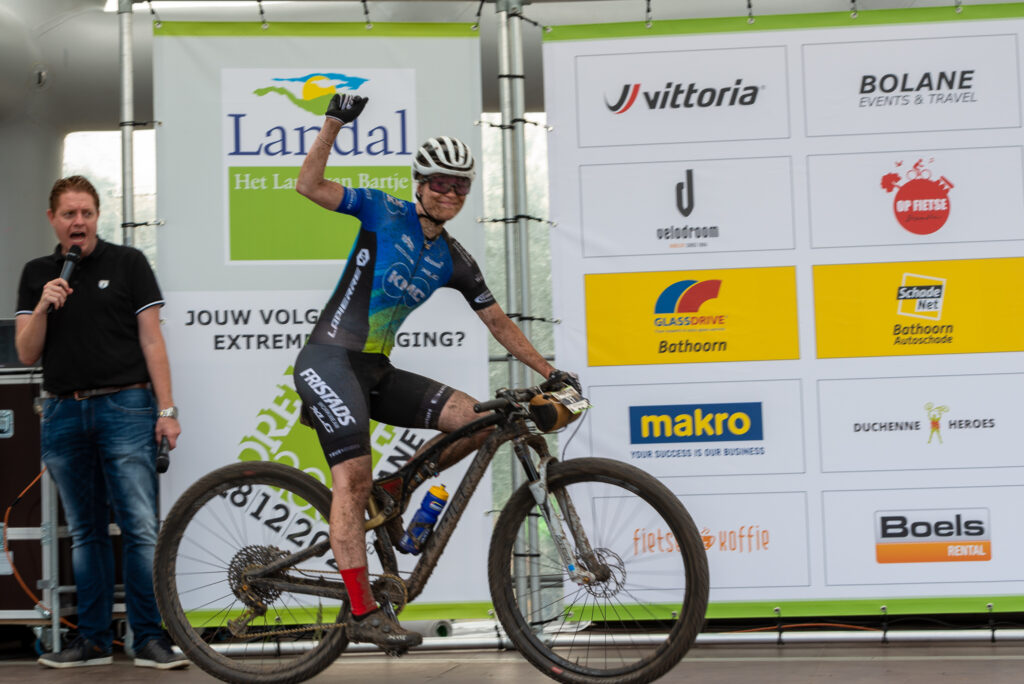 “I was a bit scared for this race beforehand because I have never ridden such a long distance on a mountain bike. It was also very tough to be honest, but the victory makes up for everything. I had a good start and was in a good group, but you also have bad moments in such a long race and you have to get through that periods. After 150 kilometers I was really counting down the kilometers towards the finish.’, says de Slik. Tessa Neefjes finished second and Lizette van der Vegt came in third.