Today Rozanne Slik took second place behind Monique Zeldenrust on the fast course over the Hondsrug in Drenthe. Teammate Roel Verhoeven performed strong as well and was part of the six-man leading group that eventually had to sprint for the victory. Erik Groen was the fastest of the bunch and Verhoeven had to settle for fifth place. 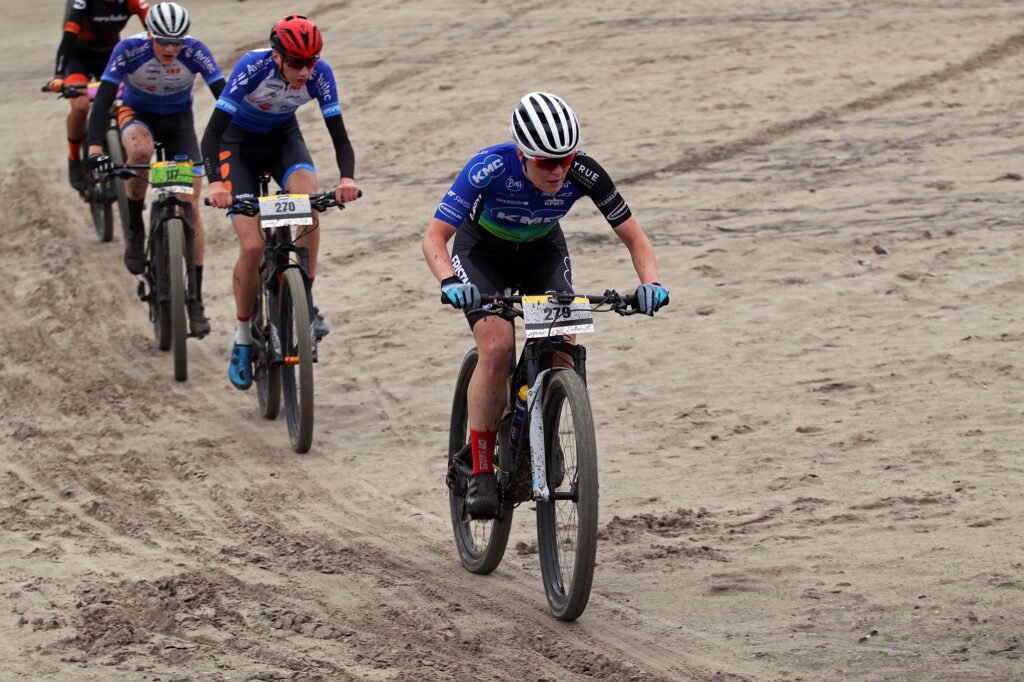 “I knew the course today here in Gasselte because in 2015 I was second behind van Vleuten as well and unfortunately there was no winning today either. Great to be able to ride a mountain bike race again and now on to the beach race on Texel in two weeks’ time. “, Says Slik. Where teammate Verhoeven was unable to give the team a victory in the race of the Elite men Bram Rood managed to do so in the combined Master categories. Rood won and  took place on the highest step of the podium. Ramses Bekkenk and Martin Schuttert finished fourth and ninth in the Masters category. 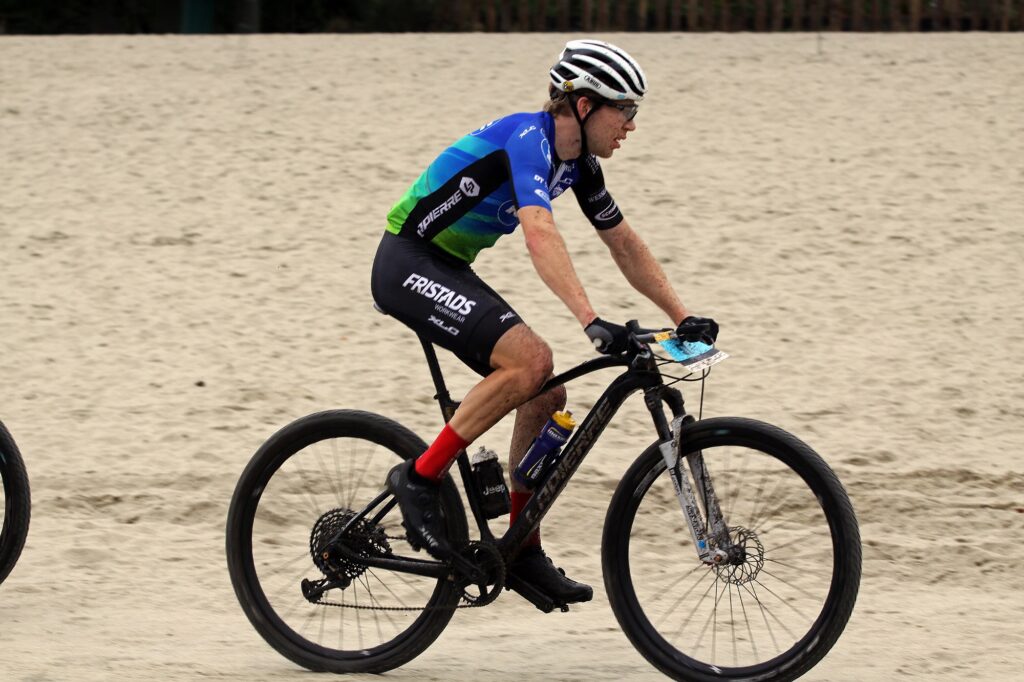