In Ischgl, Austria, a varied mountain bike ‘week’ was on the program during the Ischgl Ironbike stage race for the international marathon riders. This four-day stage race started on Wednesday with a 7.2 kilometer time trial over asphalt and gravel in which Slik finished seventh behind American Urban Kelsey. The next day, a short evening ride from the center of Ischgl to the Alpenhaus, located at 2320 meters above sea level, was on the program over an illuminated course, where Slik also took seventh place behind Ariane Lüthi from Switzerland. 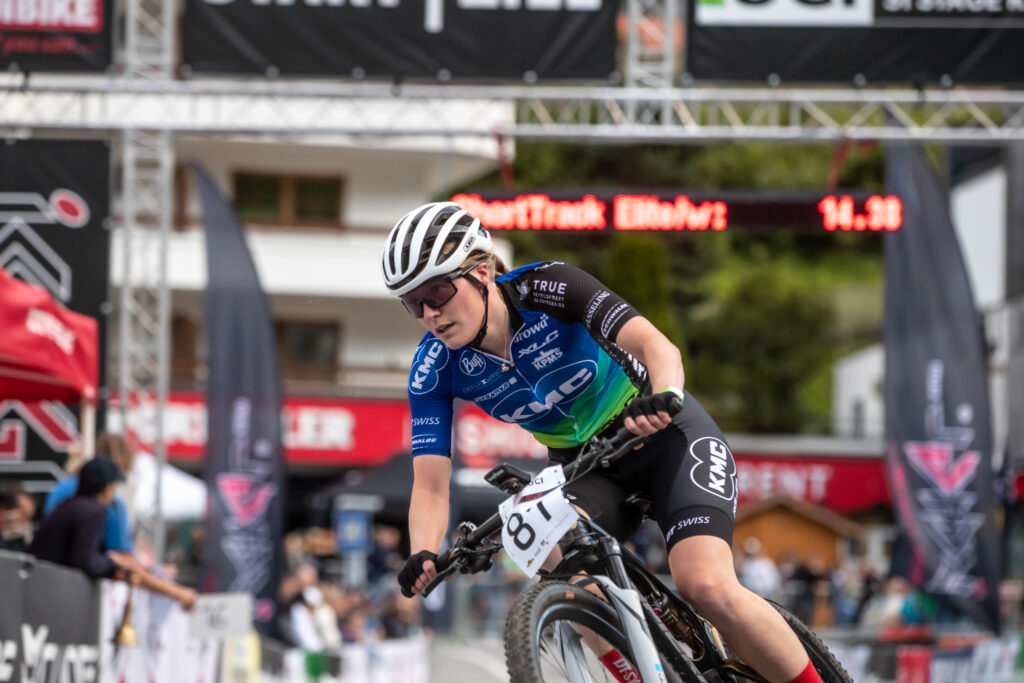 The center of Ischgl was also the setting for the short track race through the city on Friday. On a 3.2 kilometer course with 104 vertical meters, the riders battled for victory for twenty-five minutes. Urban Kelsey took her second stage win and Slik finished fifth. Saturday concluded with the Ischgl Ironbike marathon through the impressive Silvretta Massif nature reserve. This marathon is characterized by the steep climbs and has no less than 3700 altimeters at a distance of 77 kilometers. Slik had a hard time but rode on character to a ninth place behind winner Ariane Lüthi who also won the final classification.