Under harsh conditions, Roel Verhoeven finished second today in the Dutch Masters of MTB in Haarle. The 200 kilometer race was in its fourth edition and that was also the toughest in which many participants would not make it to the finish on the rain-soaked course. After 100 kilometers Verhoeven came through in Haarle with the later winner Gerben Mos, Bas Peters, Tom Veelers and Daan Switters who would finish third. 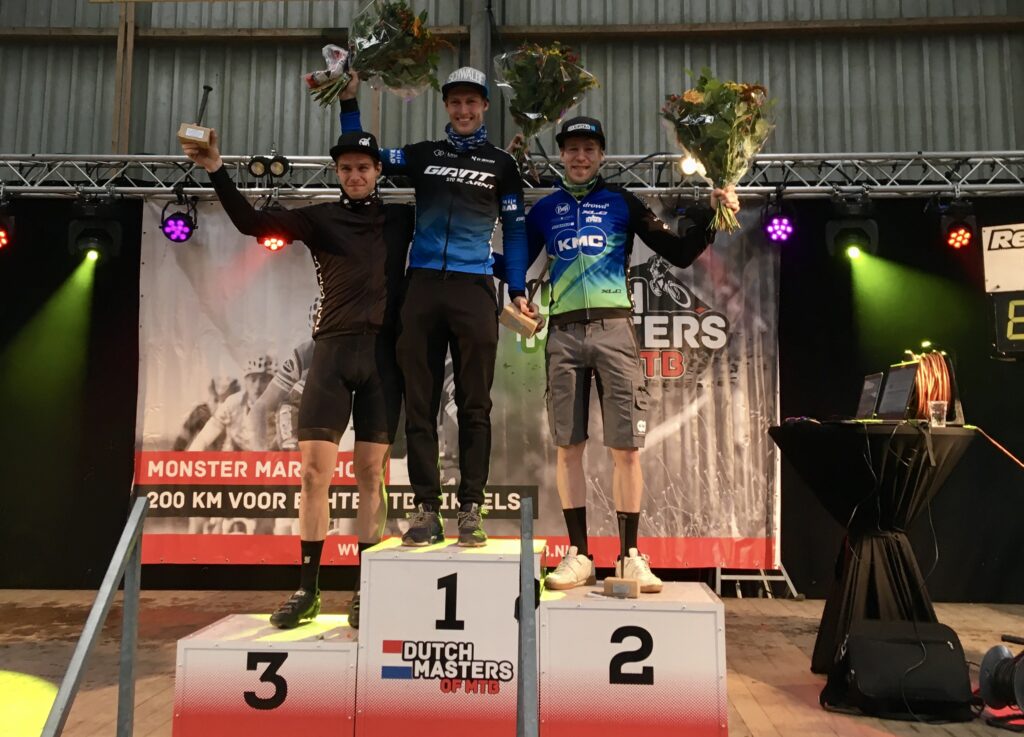 “Gerben was unbeatable today, but I am happy with my second place after a week with bad health, which unfortunately meant I had to miss the Hondsrug Classic last week. Today I was better than expected and the leading group deminshed step by step and in the end it was every man for himself. Now some rest and then next week the National Championships marathon in Eijsden.’, says Verhoeven.