After three stages the KMC duo Roel Verhoeven and Tim Smeenge are ranked at 12th place in the Swiss Epic. The five days stage race for mountainbikers started last Tuesday in Laax and will end coming Saturday in Davos after 333 kilometers and more than 12.000 altimeters. 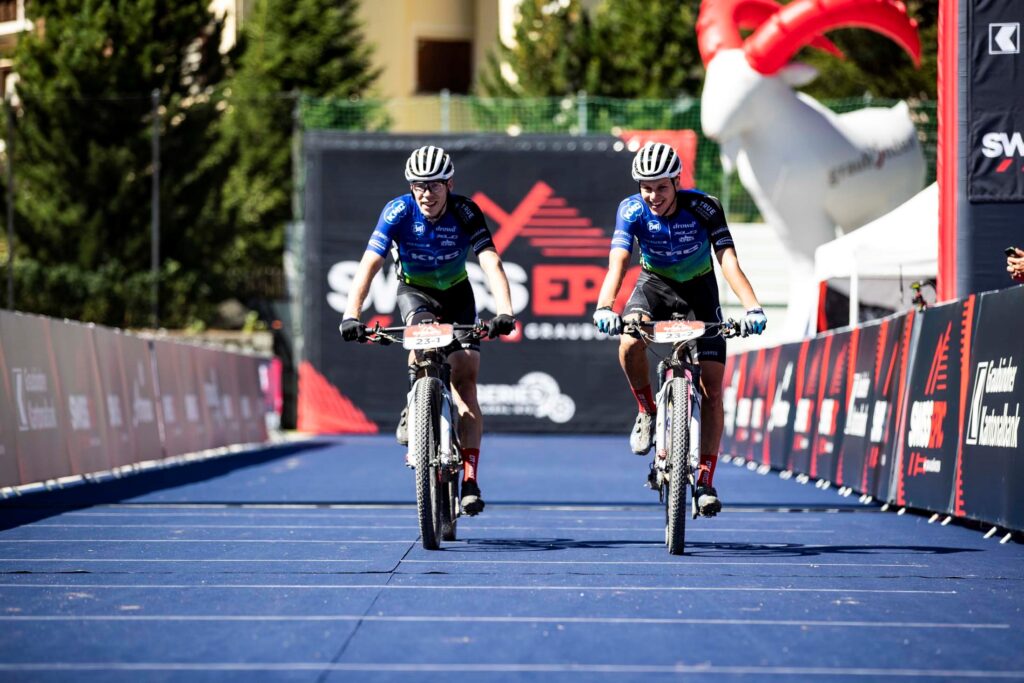 The first stage in Laax was technically seen the most challenging one and downhill Verhoeven and Smeenge lost some time over their competitors. Uphill they managed to gain some time back but in the end a 20th place was their share. The next day on the way to Laax, which is at 1.600 meters altitude, there were more climbing than descending meters which resulted in a solid 12th place in a compact but strong field. Today was a great day according to Verhoeven and Smeenge with start and finish in Arosa. A day which was rewarded with a 15th place behind winners Schurter/Forster who also lead the general classification. 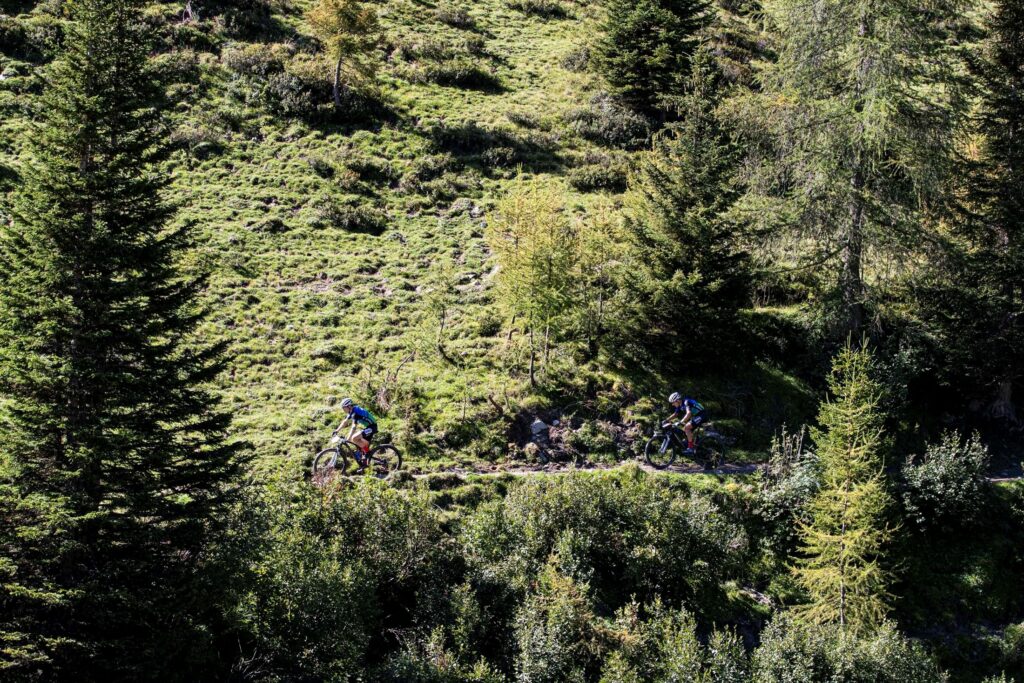