It was an early wake up for team the KMC team in Hotel Wesseling in Dwingeloo this morning. At six o’clock the start of Drenthe 200 in Roden was scheduled. Roel Verhoeven, Gerben Mos and Ramses Bekkenk were clearly awake as they were part of the first leading group of ten men. Verhoeven, Mos and Bas Peters tried an early escape but halfway the race in Beilen Anne Mark van der Vlag, Ramses Bekkenk, Henk Bos and Vincent Meyvis were back in front and seven men headed to Dwingeloo. 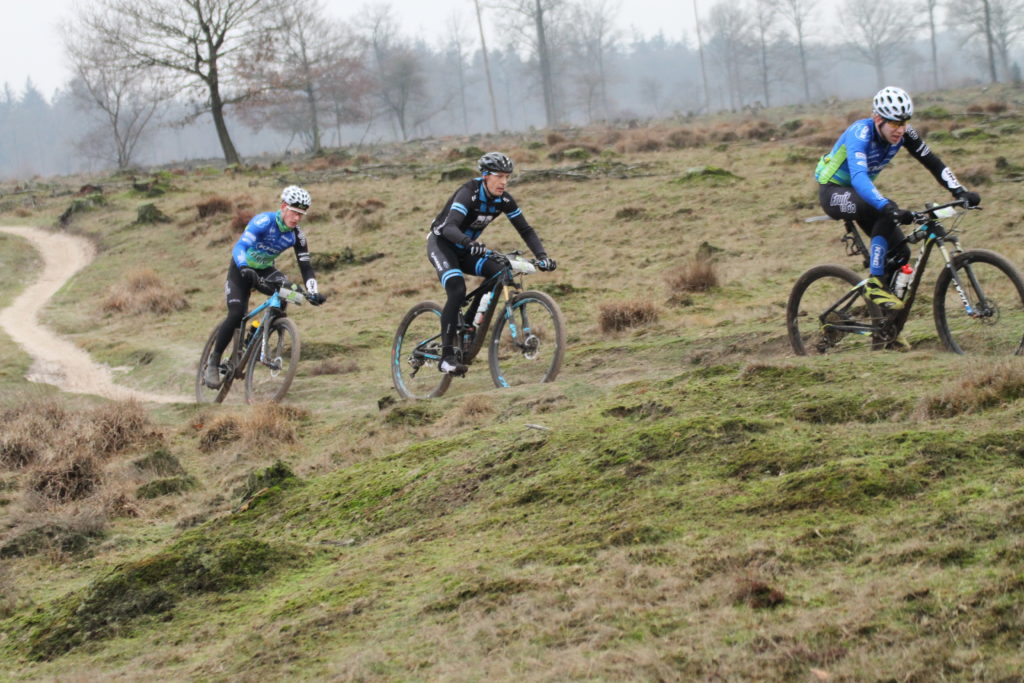 ‘It was a fast race and when we were on the single tracks near Diever I managed to escape together with Roel and Bas again. As in that area there is more turning and less straight wide tracks. Ramses had done his part of the work at that moment and took it more or less easy to finish from there on. My shape was good today but not super and than you know it’s going to be hard to get rid off Bas. We ended up in a three men sprint in which Roel was just beated.’, stated Mos. Teammate Bekkenk finished seventh. 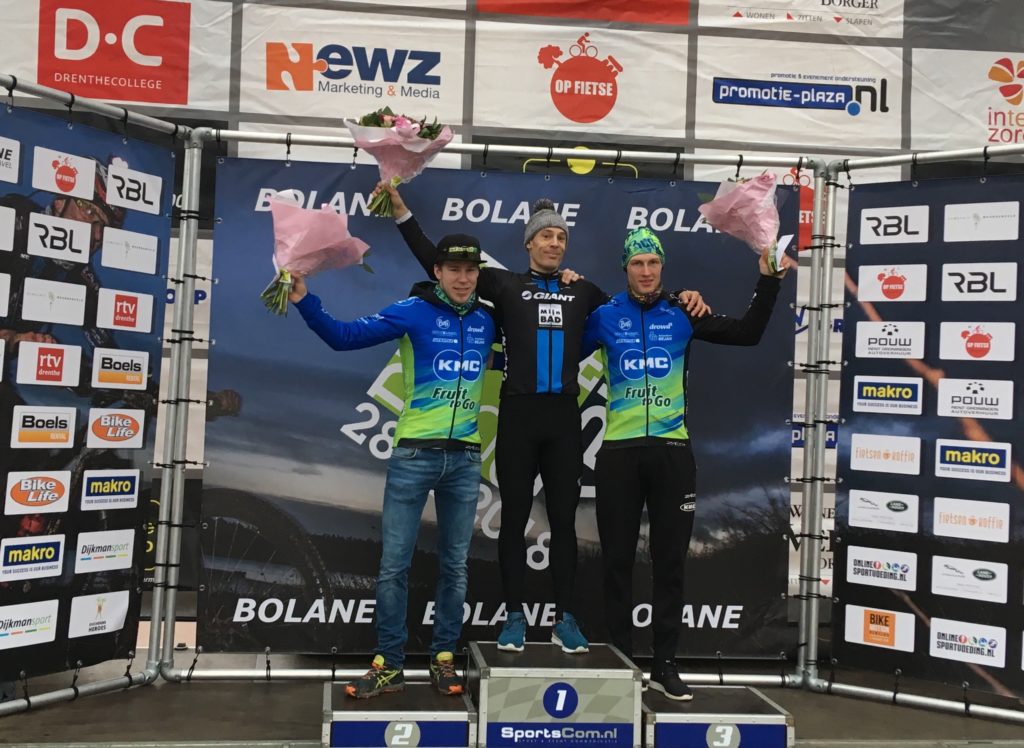