No beach like tarmac during the beachrace in Petten and where last weeks big echelons rode over the beach everybody was out on his own today. Circumstances Bekkenk likes as it can’t be tough enough for him and race tactics is nog his thing either. So after Bekkenk left Bram Imming behind he rode solo to his first victory of this beachrace season in which he already finished at second place twice. ‘It was a drop out race and a case to make no mistakes. After I took the lead I was able to keep a good pace and great to take the victory before I will travel to South coming Tuesday to race The Munga.’, stated Bekkenk. 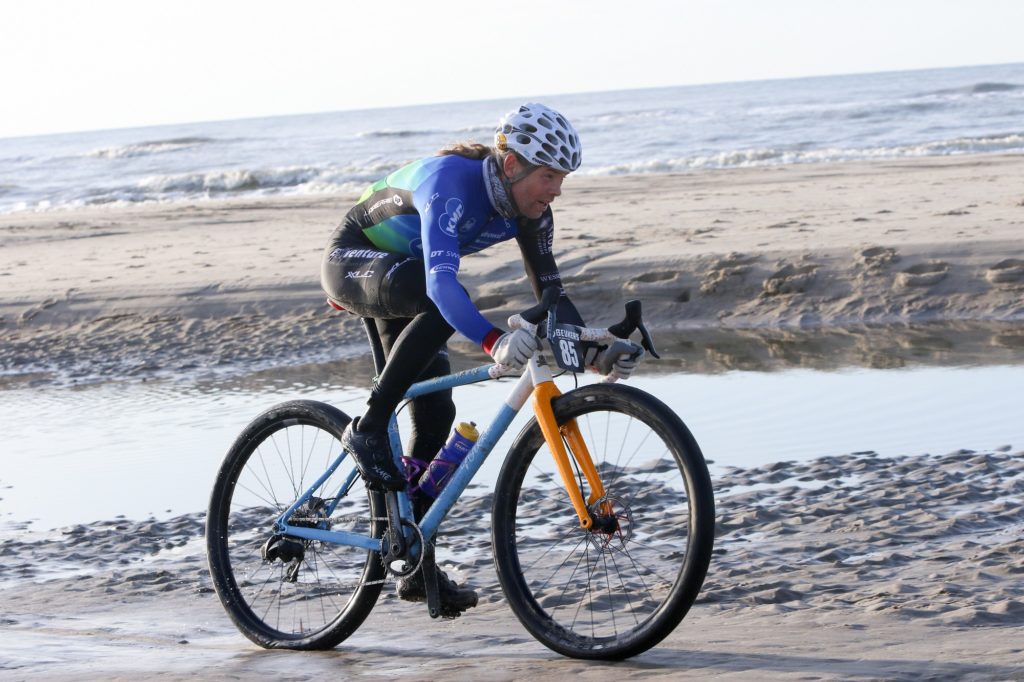