Prior to the 3-Nations MTB Cup in Spaarnwoude that took place yesterday, an E-MTB race and a 3-hour race were already held on Saturday in the afternoon. The 3-hour race could be ridden both solo and as a team, whereby the water bottle with chip had to be transferred in the transition area. Kjell van de Boogerd was unstoppable in the E-MTB race and Ramses Bekkenk was leading solo for a long time with the first teams that alternated with three men. Bekkenk eventually won ahead of Tibor Zwaan and Bram Debruyckere in the solo class and finished third in the overall field. 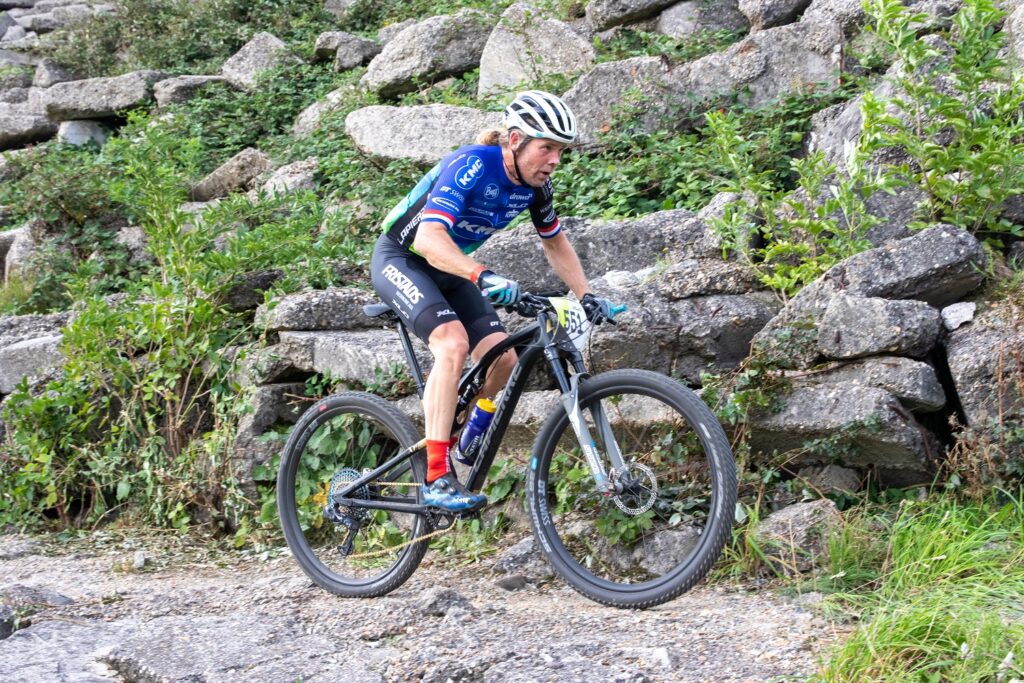 “The round in Spaarnwoude is tough because there is almost no flat meter and if it is flat there is a difficult rock garden. It was therefore important to stay concentrated until the end and not to puncture there. A successful initiative this race and both during and after the race there was a good atmosphere and a nice cold beer was ready at the finish. “, Says Bekkenk. Teammate Rozanne Slik also completed the 3 hours solo and came in as first lady and fourteenth overall.

Among the Elite men, teammate Tim Smeenge rode a strong race yesterday during the 3-Nations Cup. Coming from the midfield, he briefly entered the top ten but unfortunately had to give up a place in the last lap and therefore finished eleventh behind winner Milan Vader.

The day after his victory, Bekkenk was one place short of the podium at the 3-Nations Cup and finished fourth in the Masters 40+. Bram Rood managed to reach the podium in the Kermiscross of Zijdewind finishing third behind winner Robbert de Nijs.