Unfortunately he missed his beloved race from Hoek van Holland to Den Helder over 130 kilometers on the beach last week due to illness but Bekkenk showed he recovered well from that illness today. With a strong headwind from the start a big peloton rode to the turning point on the beach and one long cordon of riders rode back with tailwind to Katwijk. Halfway the race Bekkenk managed to escape with Johny Hoogerland and Ronan van Zandbeek. 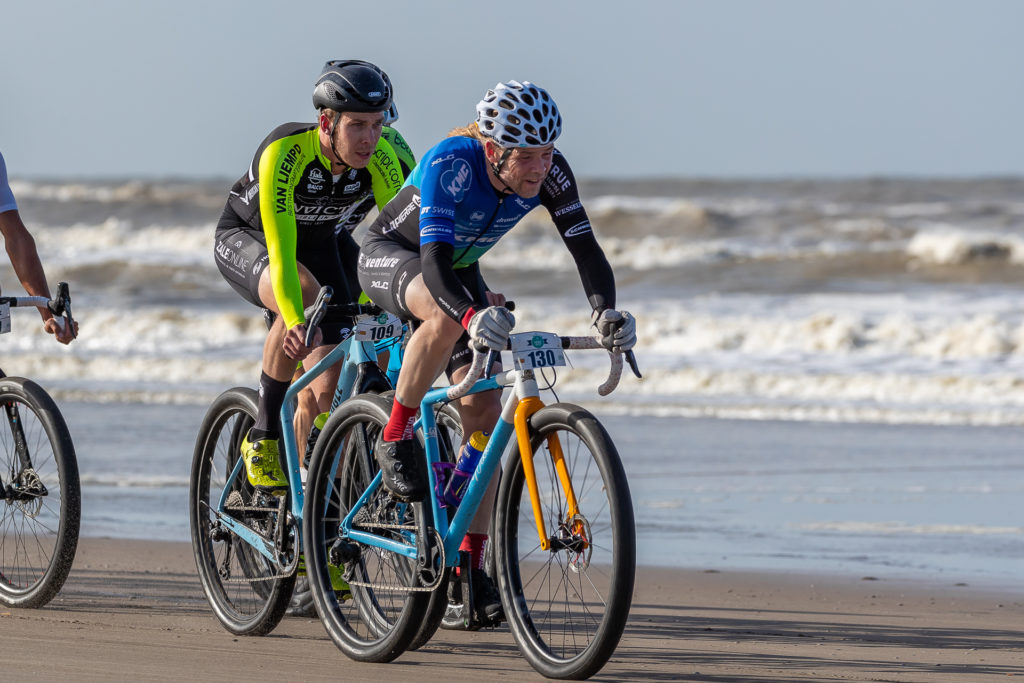 ‘in the first part of the race nobody was willing to ride so I was happy that we managed to escape with the three of us. With the strong tailwind we reached speeds above 60 kilometers an hour and we worked well together to stay out of reach of the peloton. Johny was really strong today but a good feeling to be on the podium again after my illness.’, stated the KMC rider. Teammates Bram Rood and Martin Schuttert finished at 12th and 36th place.