Ramses Bekkenk completed his ANWB Rijwiel-Toeristen Tour through the Netherlands from 1917 this morning. Saturday morning he left at seven o’clock at the Haarlemmerpoort in Amsterdam and Monday morning at six thirty he finished at the Johan Cruijff Arena. With an original route description and maps from 1917, Bekkenk had prepared well for the journey, using no navigational tools to determine his route.

“I had wanted to do this ride a month ago, but the ferry from Enkhuizen to Stavoren, which is in the route, was not scheduled because of corona. A beautiful water crossing that completes the story, so we waited until we could cross the IJsselmeer again. Finding the right way was in some places quite difficult because there are not many place name signs everywhere and not always with the place name I had written on my paper on it. I wandered around a few times and that was mentally quite difficult. Physically it all went very well. In the first night I slept briefly and eating and drinking were no problem. This ride was a good preparation for the multi-day non-stop races Offroad Finnmark and The Munga that are scheduled for later this year. In addition I came to beautiful places in the Netherlands where I had never been before.’, says Bekkenk, who eventually had 1019 kilometers on his counter. 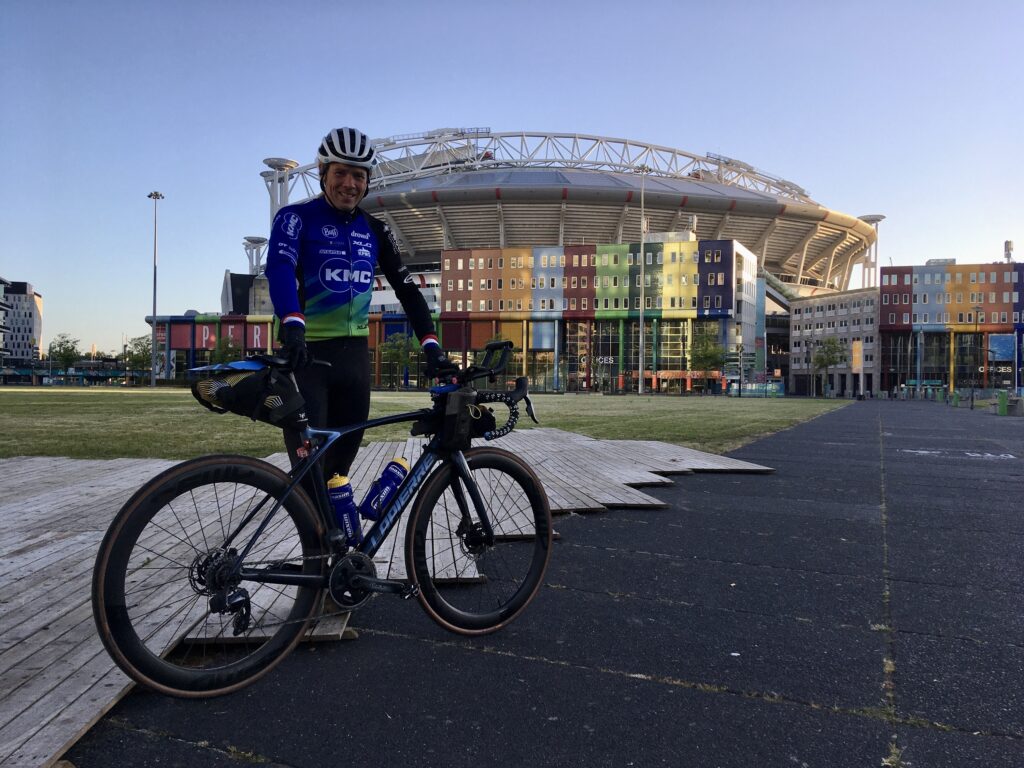