Inspired by an article by Reinder Storm about cycling in times of crisis in which he referred to the ANWB Bicycle Tour through the Netherlands in 1917, Ramses Bekkenk has found a new challenge. Armed with maps and a route description, it was possible to cycle 1024 kilometers through the Netherlands in 1917 for a fee of 2,5 guilders in twelve, fourteen or eighteen days, with start and finish in Amsterdam. 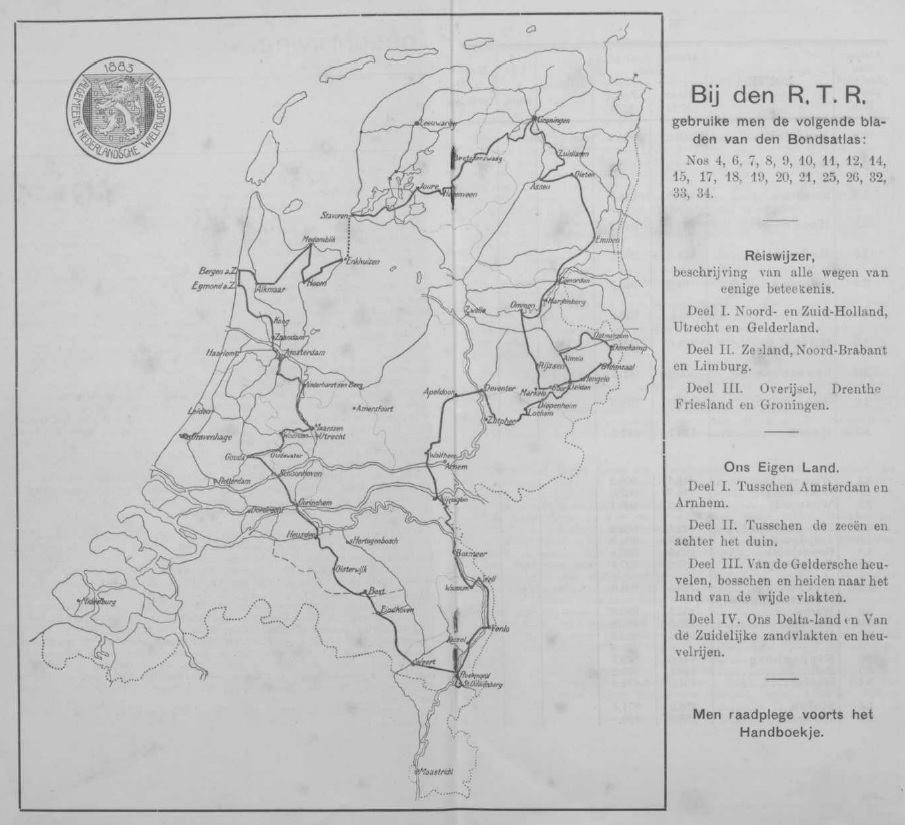 Ramses liked the idea of this ride but of course only when ridden non-stop. The original maps on linen and the original route description have been in his possession for some time now, but the lock down unfortunately spoilt the party. Now that the lock down is lifted  Ramses can go for his ride. Armed with his linen maps and route descriptions he will depart from Amsterdam for his tour through the Netherlands as soon as the ferry from Enkhuizen to Stavoren will travel again.