In Sittard, Ramses Bekkenk has today conquered the red, white and blue jersey in the cross country discipline Masters 40+. Where Bekkenk is mainly known in the marathon world, in his early years as a mountain biker he was also a good cross country rider at Elite level where he even managed to win some national races. 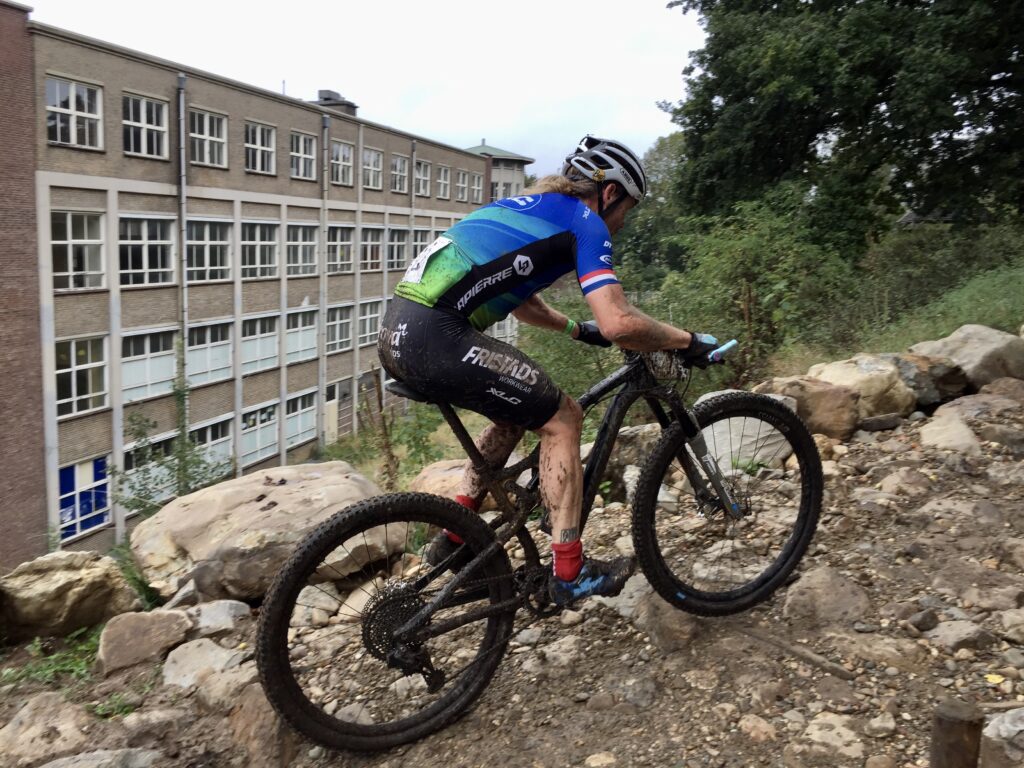 “In recent years I have started doing some cross country races again to improve my technique. Two weeks ago I lost quite a bit of time in Spaarnwoude at the start, but last week I managed to win with a big lead on the VAM-Berg after a good start. Today, partly due to my choice of tires, I was able to cycle uphill for longer and faster through the corners than my competitors on the wet course. As a result, I managed to leave Micha de Vries behind with two laps to go and conquer the jersey. “, Said Bekkenk.