In Oudtshoorn Ramses Bekkenk managed to win the 36ONE MTB Challenge for the third time in a row and he did it in a new record. By finishing after 13 hours, 48 minutes and 53 seconds he broke his 2017 record of 13 hours 59 minutes and 55 seconds. Halfway the race the KMC biker left his last competitor Dusty Day behind to ride solo to the finish line. 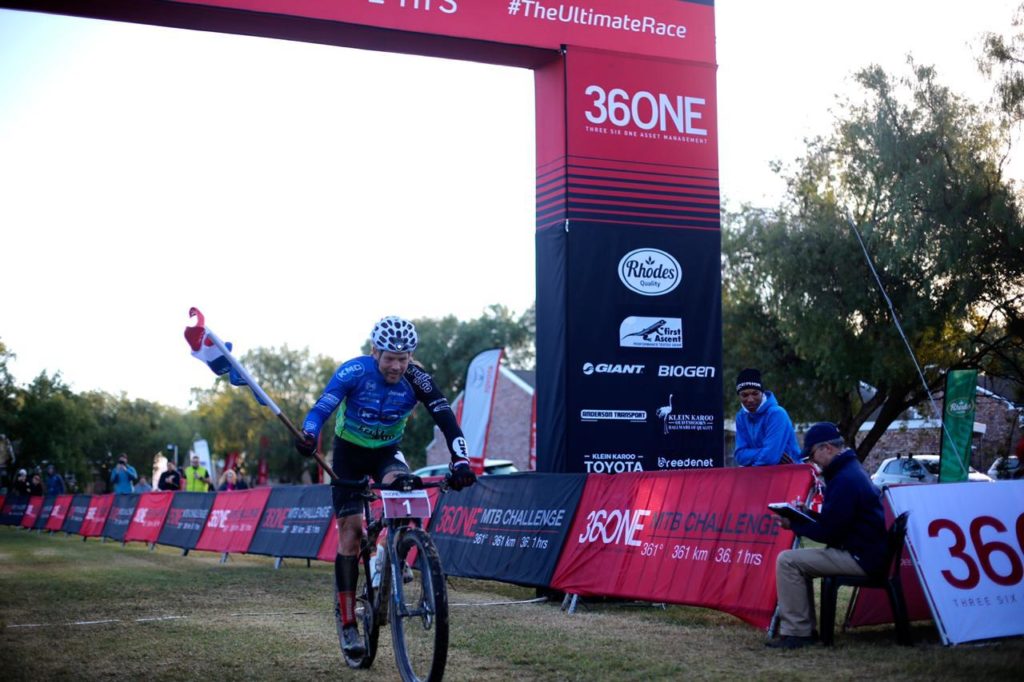 ‘This edition was a special one as I started a bit later than the peloton. Probably someone stepped on my bike before the start so I had do some mechanical work before I could actually start. After one hour I was back in the front but in the end I paid a bit of a price for this effort. Luckily no stomic problems this year. Now it’s time to enjoy the time left here in South Africa as in three weeks the next challenge will be on with a 24 hours race on the circuit of Zandvoort.

Dusty Day and Jaco Dasvel crossed the finish line as second and third behind Bekkenk in Kleinplaas Holiday Resort in Oudtshoorn.