From 2012 to 2016 there was the mountain bike ‘Elfstedentocht’ as a race that took the riders in three stages over three days over more than 400 kilometers along the eleven Frisian cities. Martin Schuttert: “I rode this race with Stefan Vreugdenhil in 2014 and we were the first to return to Dokkum. It has always seemed nice to me to ride the Elfstedentocht through a winter landscape on a mountainbike. Unfortunately that did not work last Monday, because Ramses Bekkenk was unable to cross the Afsluitdijk due to the snow, but on Saturday we could still start “. 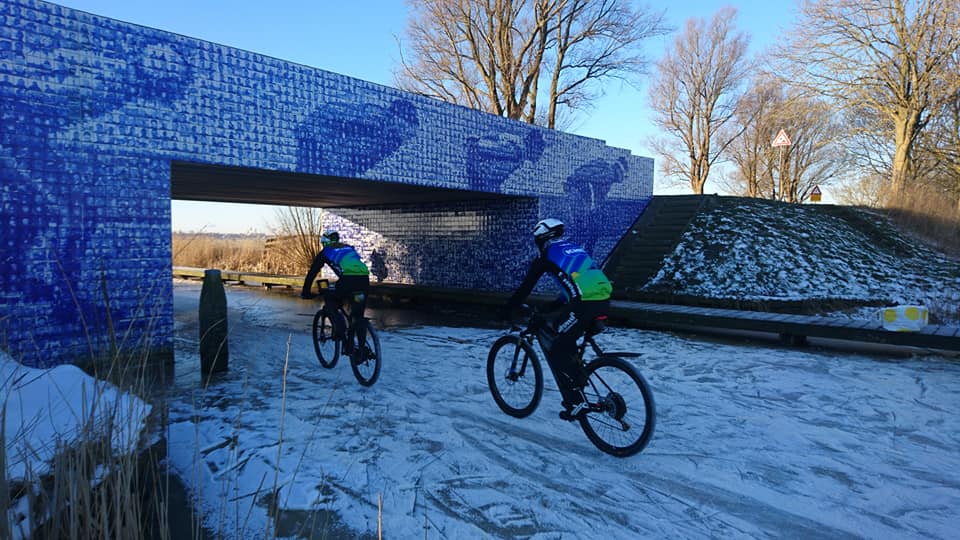 “With a temperature of eleven degrees below zero, we left Dokkum at eight o’clock, towards a beautiful rising sun. We rode most of the time on the road, but from Oudkerk we rode over the ice to Leeuwarden and also after Franeker and Bartlehiem we packed a piece of ice. Great to see Friesland in the snow and for us a nice training ride in this period without competition. In total our route was 218 kilometers and because of the better “moped work” of Ramses, we were back in Dokkum well within eight hours to join a bouncer with cheese at our sponsor Drowa! “