In the dunes near recreation site Klein Vaarwater on the isle Ameland the mountainbikers faced a challenging track last Saturday. Rozanne Slik and Bram Imming were outstanding and took the victory. 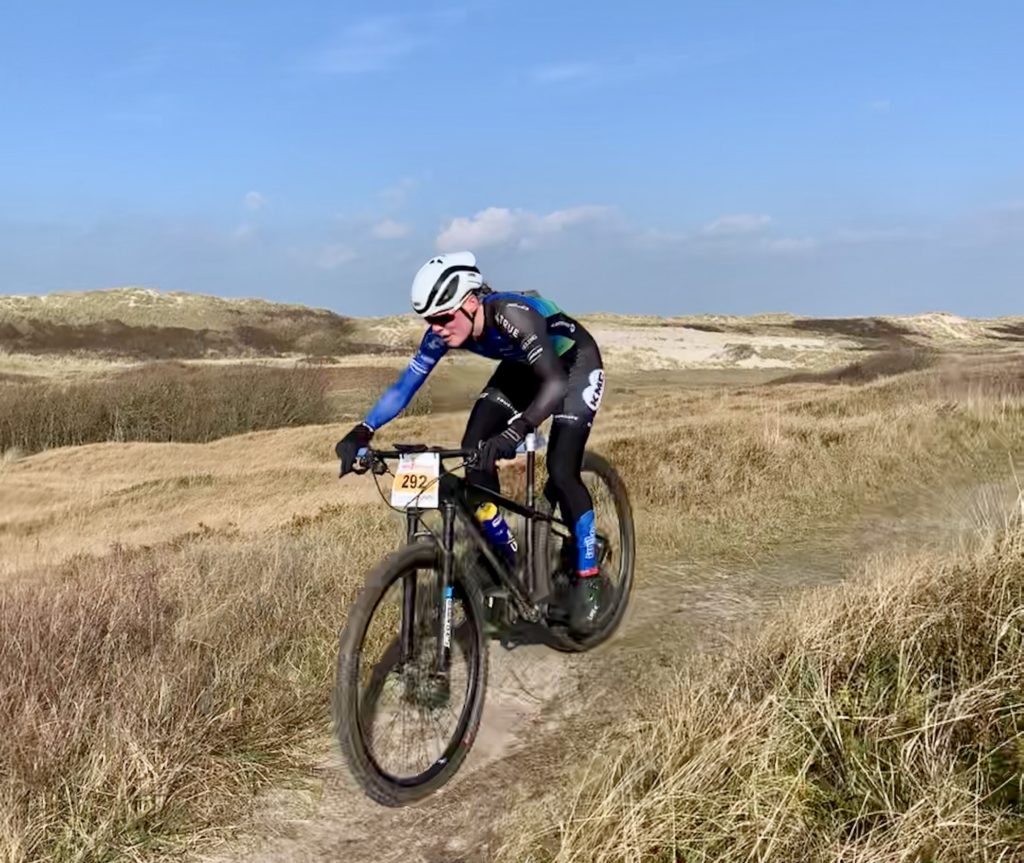 From the start Bram Rood took the lead and set the pace but when the riders entered the beach Imming managed to escape. Rood was not able to catch up again and finished second after 32 kilometers followed by teammate Martin Schuttert at fifth place. Slik rode her own race in the ladies category and took a solo victory leaving many men behind. 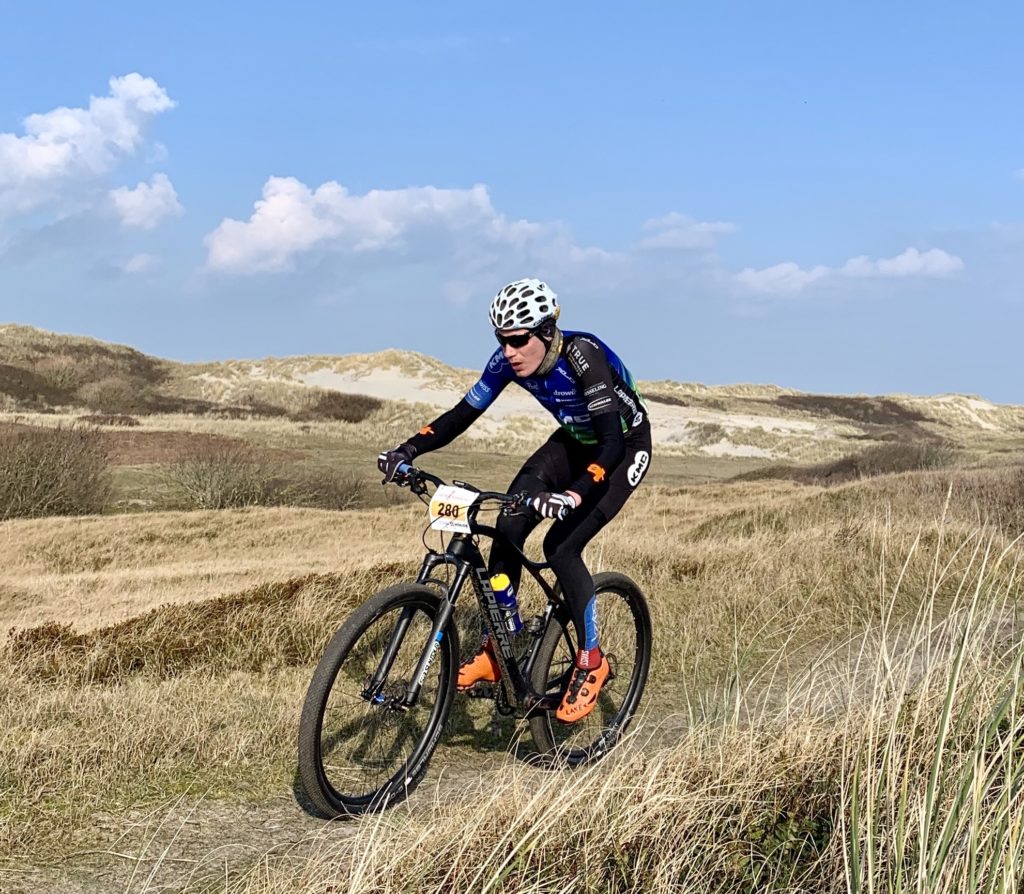 In Apeldoorn Tim Smeenge and Roel Verhoeven battled for victory in a marathon over 108 kilometers on Saturday. Early in the race they escaped together with Jasper Ockeloen but could not shake him off and Ockeloen beated Smeenge in the sprint. Verhoeven crossed the line at third place in front of Gerben Mos and KMC teammate Ramses Bekkenk.