In the pre last stage with finish on top of the Swartberg Gerben Mos and Tim Smeenge lost their leading position in the Cape Pioneer Trek. For al long time it looked they were going to keep the lead but in the last three kilometers to the top DSV Pro Cycling managed to break away and take over the jellow leaders jersey. Today in the final stage Arno du Tout and Gert Heyns (DSV Pro Cycling) showed to be the absolte strongest duo after seven days of mountainbiking with a stage win but for Mos and Smeenge a positive feeling prevailed after seven days of mountainbiking. 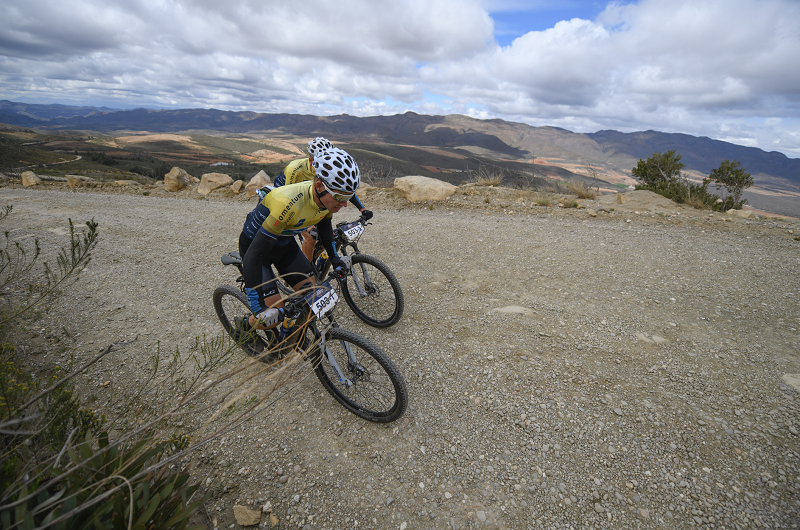 ‘After my third places in 2015 and 2017 with Bram Rood our goal was a stage win and a day in the leadersjersey. In the end we wore the jersey for four days after our stage win and we took the second place in GC. Of course we were disappointed for a while after we lost the lead as if I say so the jersey looked good on us. We reached our goals and if we are honest DSV was the well deserved winner after a week of racing. Now first recover as in one week I will race a marathon back home in Oldebroek.’, stated Mos.

‘As a duo we gave all we had during this week and worked well together. Today was a tricky stage and halfway we were far behind and our second place was at stake. We managed to fight back in the second part of the race and even a flat tire, our first this week, could not stop us after a fast wheel change in de tech zone. Tomorrow we will fly home and I will drive to Swiss for the World Championships mountainbike marathon in Gränchen.’, stated Smeenge. 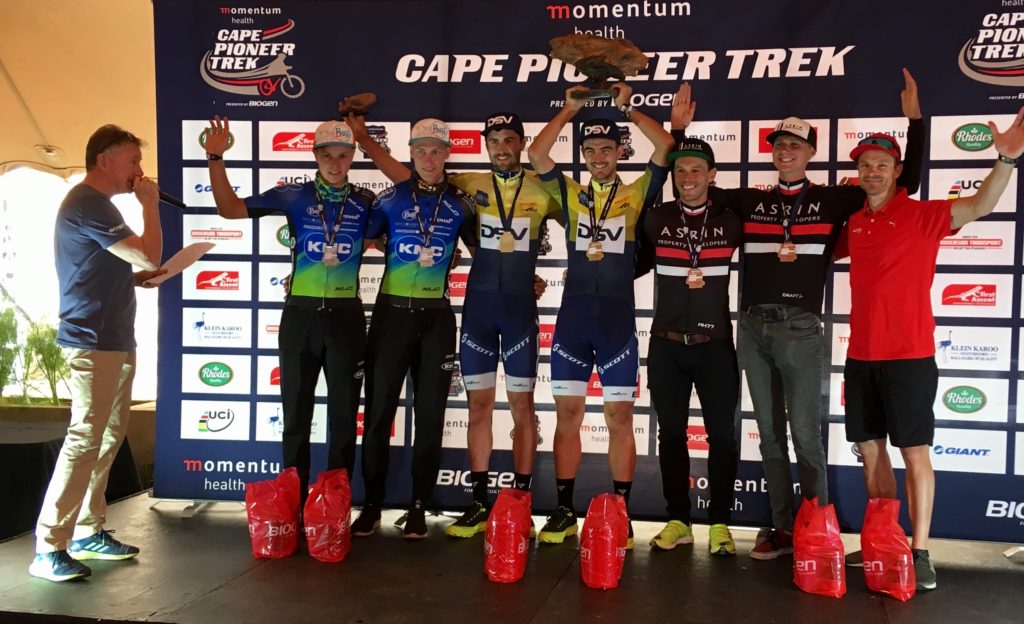