Their lead has diminished to several seconds but Gerben Mos and Tim Smeenge are still the leading duo in Cape Pioneer Trek after the fifth day. In the thirth day from Mosselbay to George they lost almost one minute on DSV but they were lucky as some sprinbocks almost knocked Mos out of the race after they just jumped over him. The two minutes they lost in the fourth stage from George to Louvain on DSV hurted more. 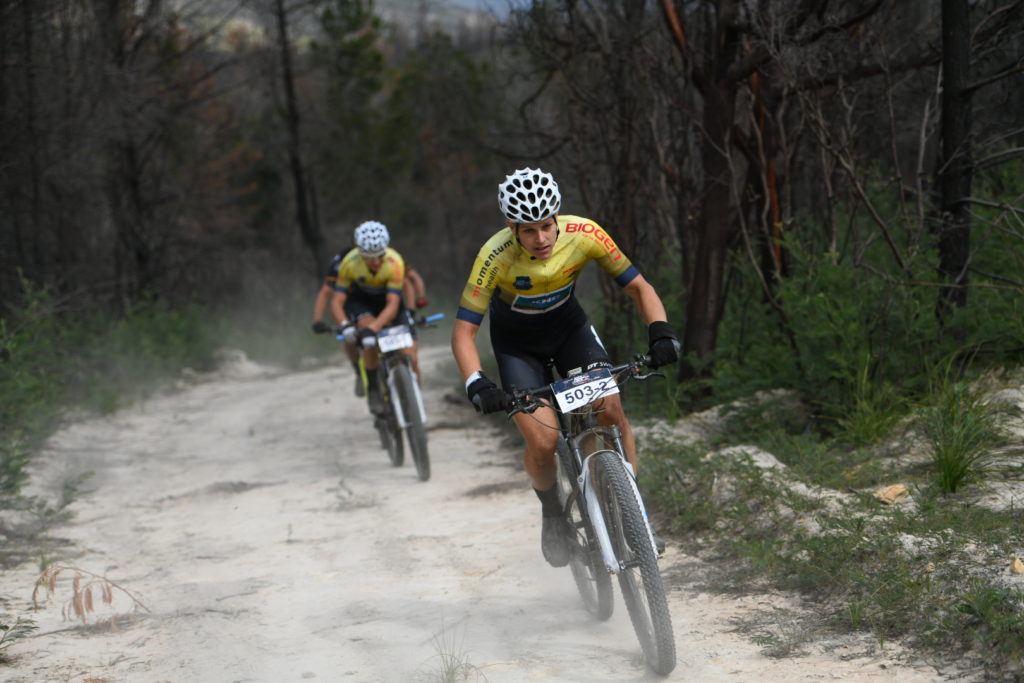 ‘Today we rode to Oudtshoorn and I struggled in the first climb and we lost connection with the leading group. Thanks to some strong work from Tim we rejoined them after 30 kilometers of hard chasing. In the following technical sections uphill we dropped again but luckily I was able to do my share of work in the last fast track to George. We controlled the damage and will wear the yellow jersey for the fourth day in row tomorrow.’, stated Mos.

‘It were three tough days but there was also time during the stages to enjoy the wildlife en surroundings this race offers. At the start in Mosselbay towards George we spotted a whale and just one hour later springbocks jumped just over Gerben after we had already seen some zebras. On our way to Oudtshoorn we spotted some giraffes today and who knows what’s up next in the two stages left. Now first time to recover as tomorrow Swartberg is on our menu.’, stated Smeenge.