Where Karen Brouwer rode solo to victory in the ‘Veldslag om Norg’ after hundred kilometers, the men still had to sprint firmly for the victory. Jasper Ockeloen was the fastest ahead of Bas Peeters and Tim Smeenge. Despite Corona, the off road event had a record number of participants this year with 2000 mountain bikers who started in groups over a period of two hours. 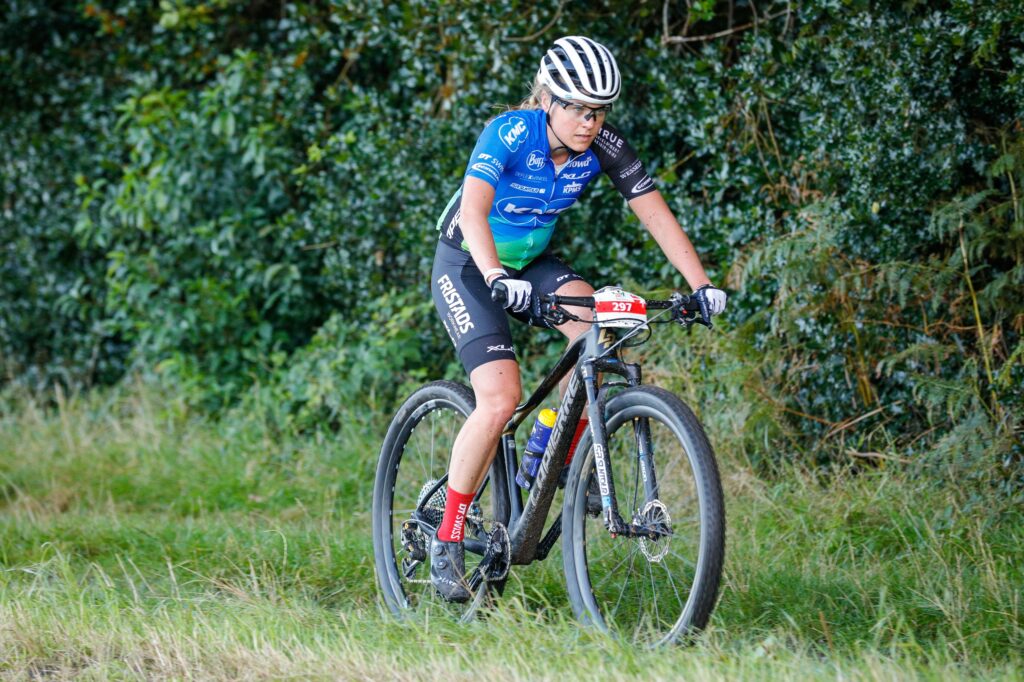 “At the climbs around Kloosterveen we escaped with nine men and moments later Ockeloen tried it with a long solo. After he was caught back our group thinned further and further until six men remained in the final in the Langeloërduinen. However, the difference was not made there so it turned out to be a sprint.’, stated Smeenge. Teammate Ramses Bekkenk lost the connection in the last kilometers and came in seventh.

“From the start I immediately went full steam ahead and soon came to the lead alone. You always have to wait and see ho wit goes with a first race, but I was able to maintain the pace until the finish. Nice to be able to race again and I am already looking forward to next weekend when I start in Spaarnwoude.’, stated Brouwer. 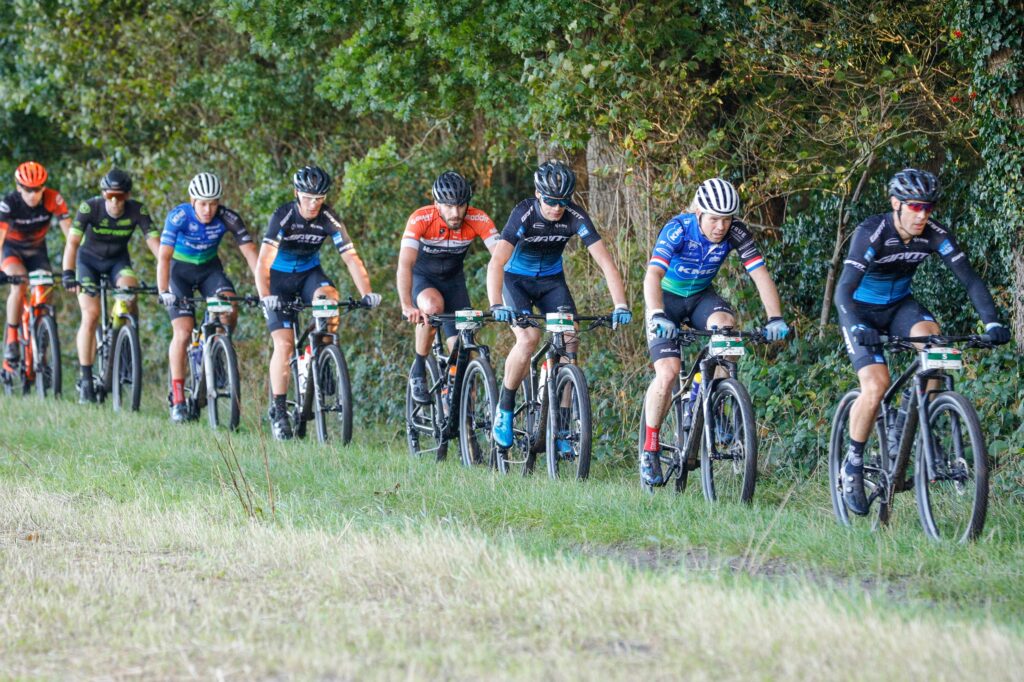