Mountain bike rider Karen Brouwer won the Bart Brentjens Challenge today in Eijsden, Limburg. Halfway through the race of one hundred kilometers she left her fellow escapee Lotte Koopmans behind and rode solo to the finish. Teammate Tim Smeenge also had a good start but had to deal with a flat tire. He came back strong and managed to finish third behind winner Pascal Eenkhoorn and Jens van den Dool. 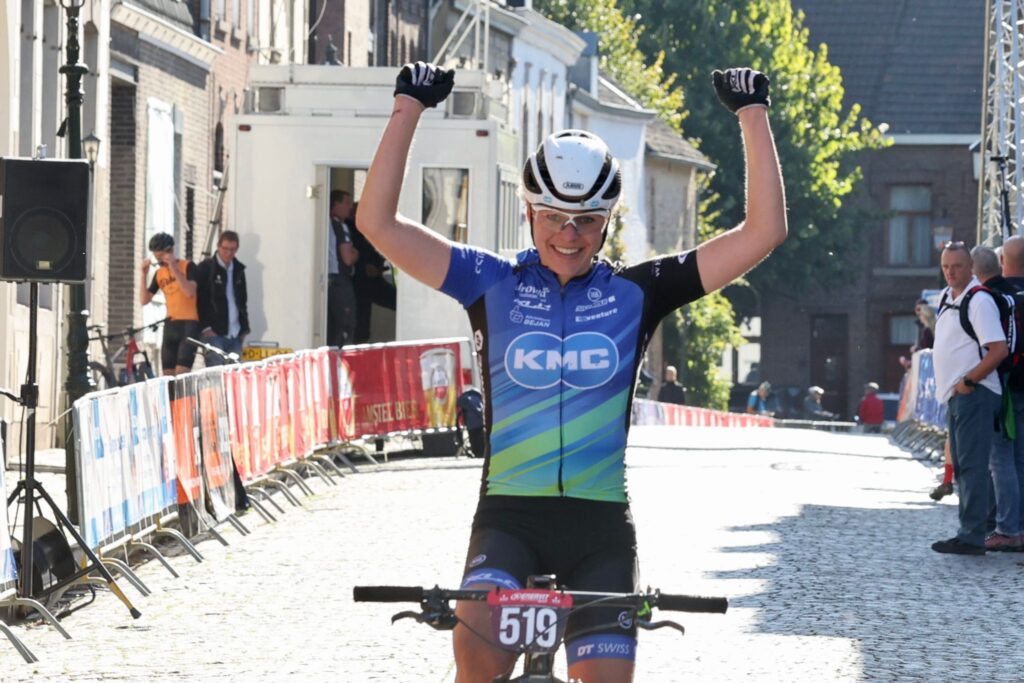 “Two weeks ago at the Dutch National Championships marathon where I finished second, I already felt good and today I had good legs and we were quickly gone with a small group. After we drove on a few climbs, I was left with Lotte Koopmans. With a little more than half the race to go, I continued on a steep climb and saw that I had a gap and then rode briskly. After that I managed to build my lead further and further. It’s nice to finally win here because I’ve already finished second and third here a few times,” said Brouwer.

Teammate Teus Ruijter, who also rode at the front of the race, gave first aid to an injured fellow mountain biker and a short classification was therefore no longer possible for him.