Last year she finished second on the middle distance in Willingen but this year Karen Brouwer reached the same result on the 120 kilometers long distance mountainbike marathon. ‘From the start I have chosen my own pace as I knew it would be a hard and long race. I did not try to follow later winner Stefanie Dohrn. The last kilometers were really tough but great to finish the long distance and to be on the podium.’, stated Brouwer.. 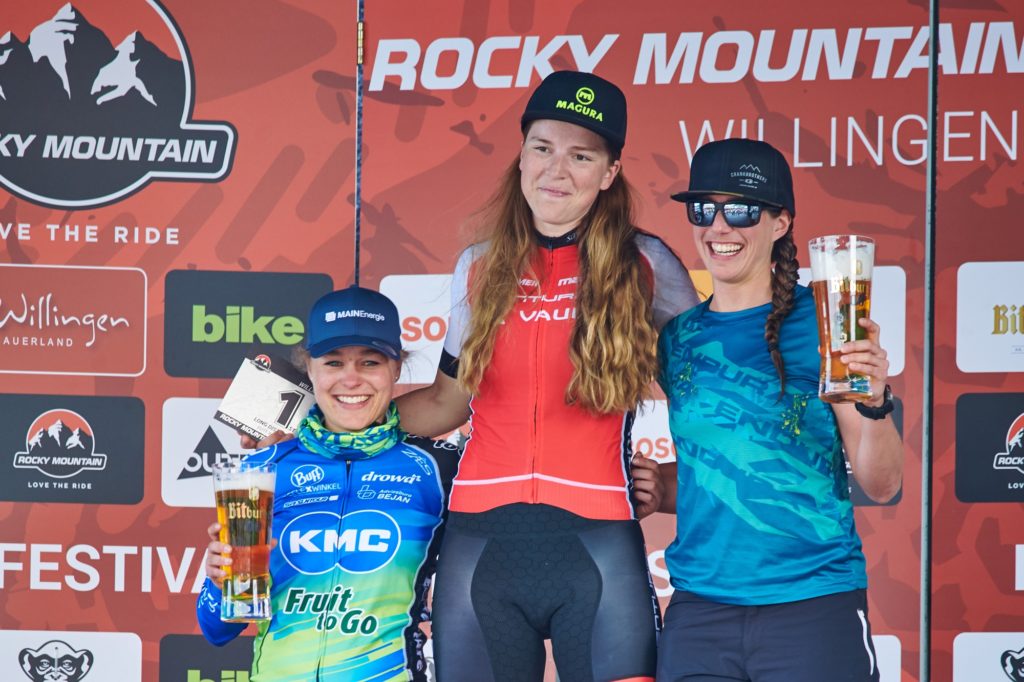 KMC teammates Tim Smeenge, Gerben Mos and Roel Verhoeven rode a strong race as well but after a long and hard pre season they lacked the freshness to battle for the first places. Smeenge was part of the leading group for a long time but lost contact in the last lap and finished 7th behind winner Søren Nissen. Mos came in 9th and Verhoeven took place 14.