In Gilserberg, Germany, Tim Smeenge and Karen Brouwer were the fastest in the Kellerwald marathon after 127 and 86 kilometers respectively. Teus Ruijter completed the success by finishing third behind Peter Hermann. Ramses Bekkenk was unfortunately involved in a serious crash shortly after the start, but fought his way back to fifth place. Gerben Mos, like Bekkenk, was less happy because he woke up with stomach complaints and unfortunately had to abandon the race. 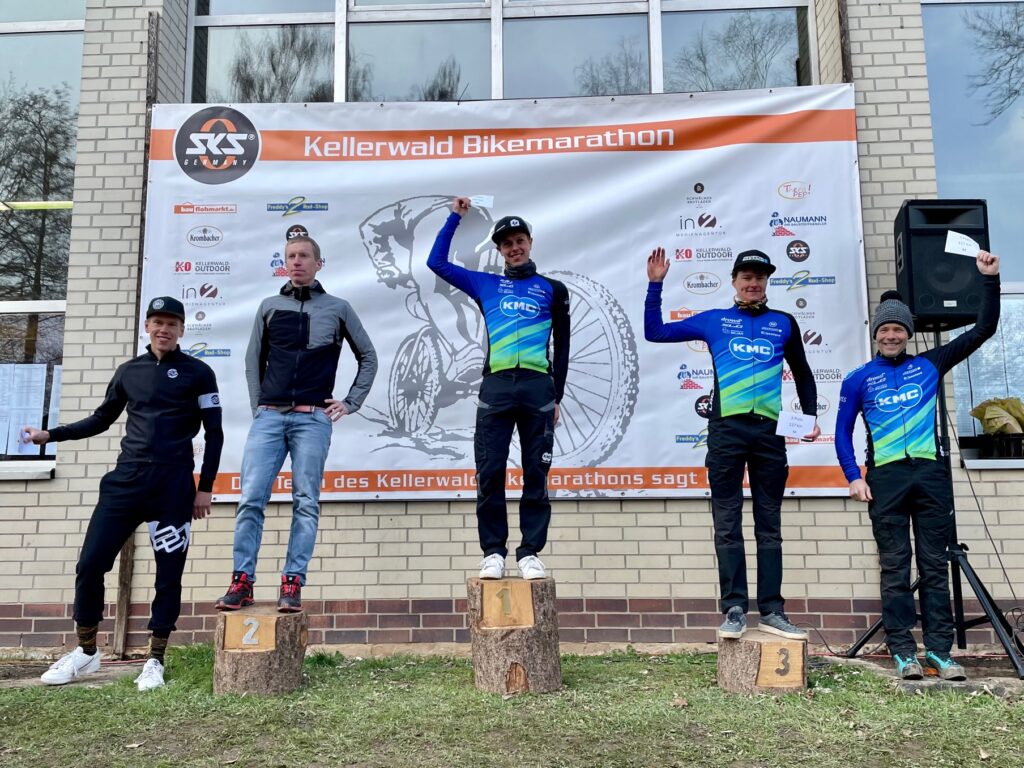 “Conditions were very tough today due to the heavy rainfall of the past few weeks. As a result, the speed was a lot lower than normal and I needed more than five and a half hours for the 127 kilometers. The shape is good and in the coming weeks I have several races on the program in preparation for the four-day stage race BEMC from 19 to 22 May,’ said Smeenge.

“I’ve won here several times, but the conditions have never been as tough as today. Fortunately I had a good day and was able to keep up my pace and managed to finish within four and a half hours.’, said Brouwer.