Karen Brouwer and German Naima Madlen Diesner have won the three days stage race Algarve Bike Challenge in Portugal. On Friday evening they started with a short prologue in the streets of Tavira and finished at second place. 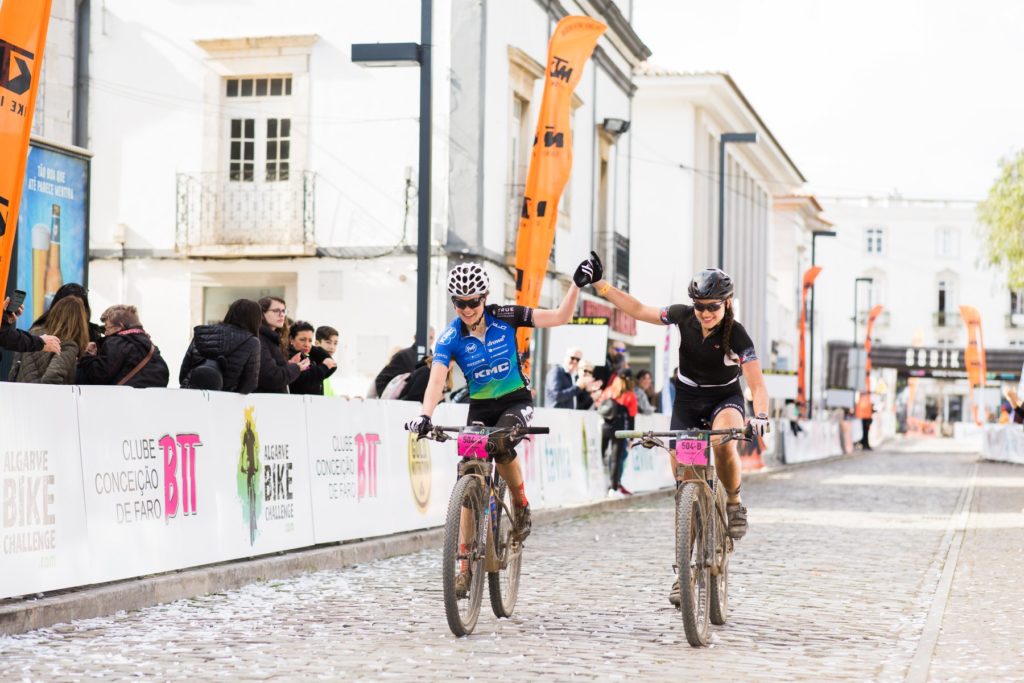 The first stage on Saturday was a hard ride over 85 kilometers and 2200 altimeters which Brouwer and Diesner managed to win in four hours and fourty four minutes. In the final stage over 75 kilometers on Sunday both ladies were unbeatable as well and took at the same time the overall victory. ‘We were equally strong and also personally it worked out well between us. Great to start this mountainbike season with such a victory and it gives me some confidence to the National Championships beachrace next weekend in Renesse as well. ‘, stated Brouwer.