Unfortunately Ramses Bekkenk has not reached his end point Dwingeloo during his 75OneChallenge. After 600 kilometers he started to struggle and in Emmen at 670 kilometers he really had a hard time and rested again for a while. In the end he took his bike again but after 30 kilometers just below Schoonoord with 700 kilometers riden it was clear he had reached his limit. 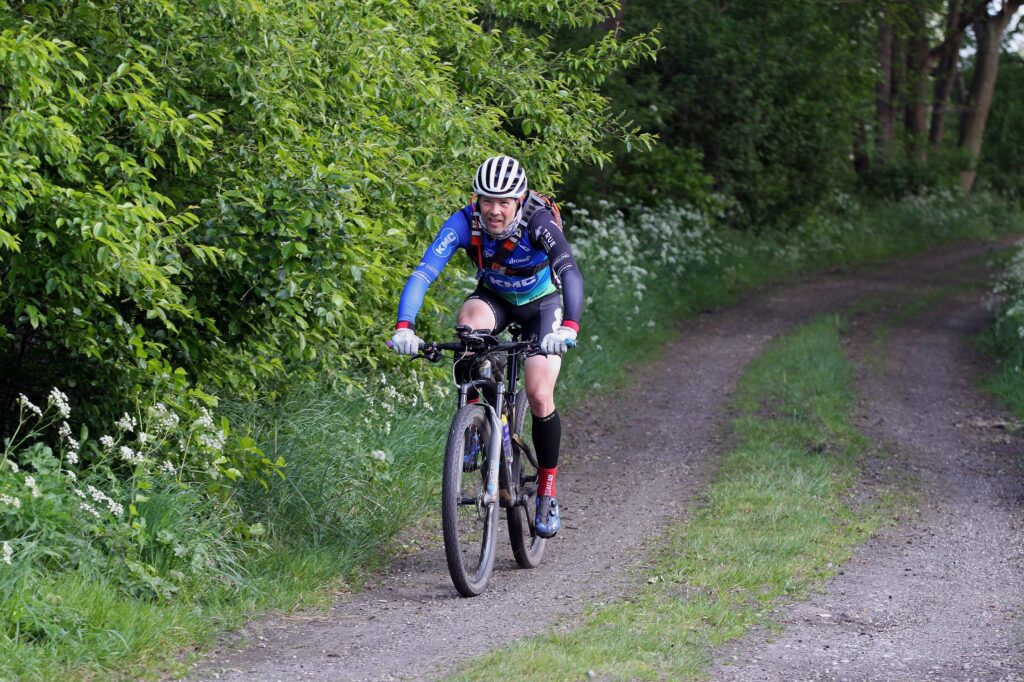 With never ending lanes with loose sand due to the dry period I knew it would going to be a hard ride when I started on Thursday at Hotel Wesseling in Dwingeloo. The cold nights and intense navigation work due to the twisting track took a lot of my energy as well. In the end so much that my body beated my mind and shape as I felt every bump on the track which made the pain unbearable. First I enjoyed this ride trough beauitful surroundings, followed by suffering and in the end I have learned some lessons again which I will keep in mind for my next challenge as I am not yet finished with cycling.’, stated Bekkenk.