Gerben Mos equaled his teammate Bram Rood by winning the third edition of the Dutch Masters of MTB in Haarle today. Rood finished fifth after one of the most tough races in his life. Long time it looked like KMC teammate Roel Verhoeven was on track for victory but he missed a sign, got lost and abandoned the race. A strong Ramses Bekkenk didn’t finish either as he crashed and bruised his wrist. Bas Peters and Roel Kruiswijk completed the podium. 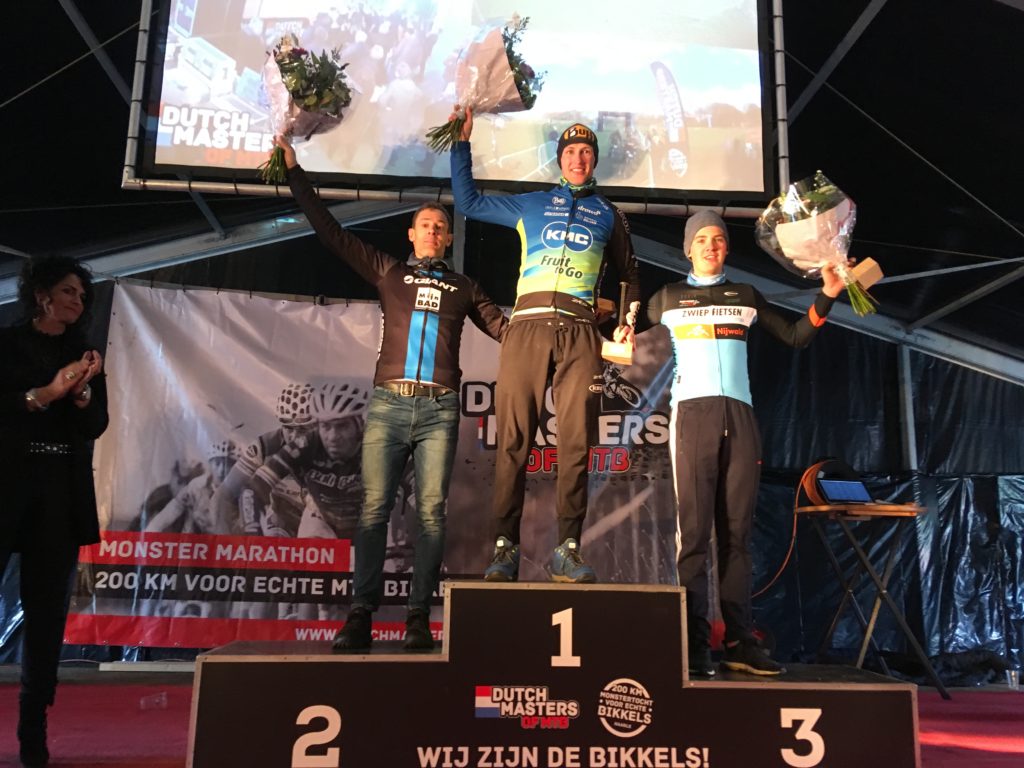 ‘The circumstances were tough and I was not the best in the first half of the race but I did not weaken today and some men took off their rainjacket to early and cooled down after a firm rain shower. My preparation was good as well and I took some dry gloves with 50 kilometers to go. In the last feed zone I heard Roel had left the race and I was leading. As I was still feeling strong at that moment it was just a matter of keeping my head cool and stay on the bike. Great to win a race over 200 kilometers again after I won ‘Bartje 200’ last summer.’, stated Mos.