Today Gerben Mos and Teus Ruijter concluded a week of mountain biking through the Western Cape of South Africa with a fifth place in the final standings. Last Sunday they started the seven day race with a prologue around George in which they finished fifth. Around George, the first stage also took place over beautiful singletracks in which the duo came in seventh. The next day they crossed the Montagu pass from George to Louvain where they arrived fifth and a cold night with frost followed for the men who spent the night in tents during this race. 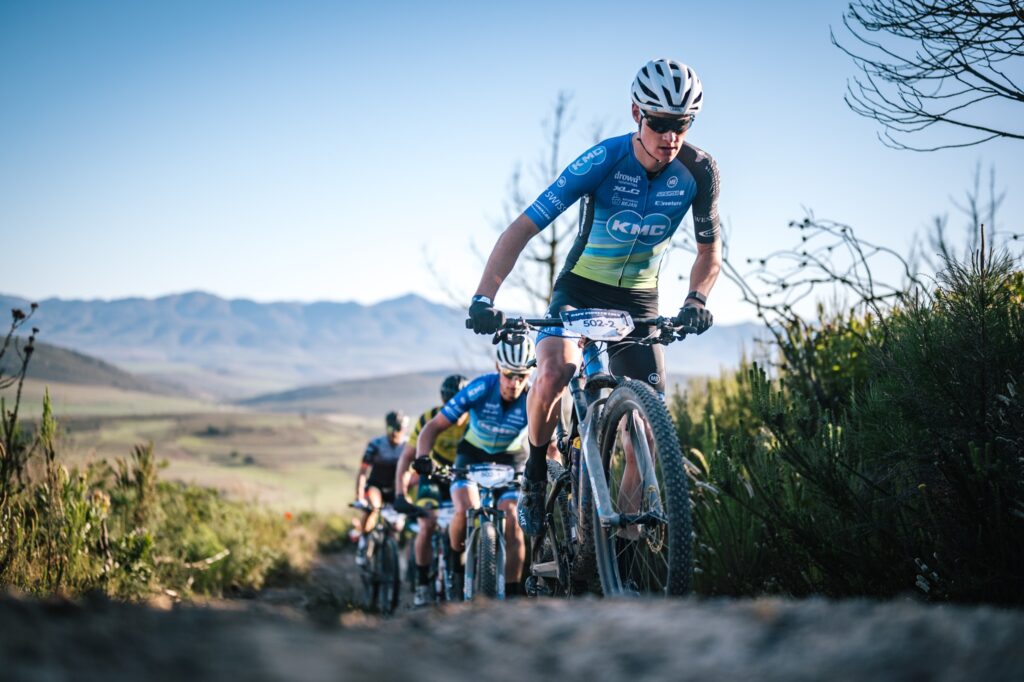 Louvain was the start and finish place the following day for a 63 kilometer long stage that ended in seventh place. The longest stage of 91 kilometers over rough terrain led on day five from Louvain to Oudtshoorn in the Klein Karoo. The men also survived this stage unscathed, resulting in sixth place. The queen stage on the penultimate day took the KMC duo to the finish on the Swartberg Pass. A route where you actually only climb with the Swartberg as dessert. They reached the top in seventh place. Mos and Ruijter achieved their best result in the final stage, which alternated between jeep track and single track, with start and finish in Oudtshoorn. They crossed the line in fourth place in front of the Queens hotel, where the dinner with the award ceremony also took place afterwards.

The South Africans Marco Joubert and Pieter Du Toit won the race, although it was still tense in the last stage because they had a flat tire and were unable to repair it. Their backup team saved the race for both men by giving up their wheel, leaving them enough of a lead for the win.