After seven days of suffering but also enjoyment for crossing the South African landscape Karen Brouwer and Cemile Trommer could take their pink leadersjersey back home as winners of Cape Pioneer Trek. With a victory in the heroic Swartberg pass stage and last stage around Oudtshoorn their leaders jersey was never in danger. Gerben Mos and Tim Smeenge strengthened their fourth position in the cold, wet and windy stage to the Swartberg pass. Philip Buys and Matthys Beukes took both last stages and the overall win as well. 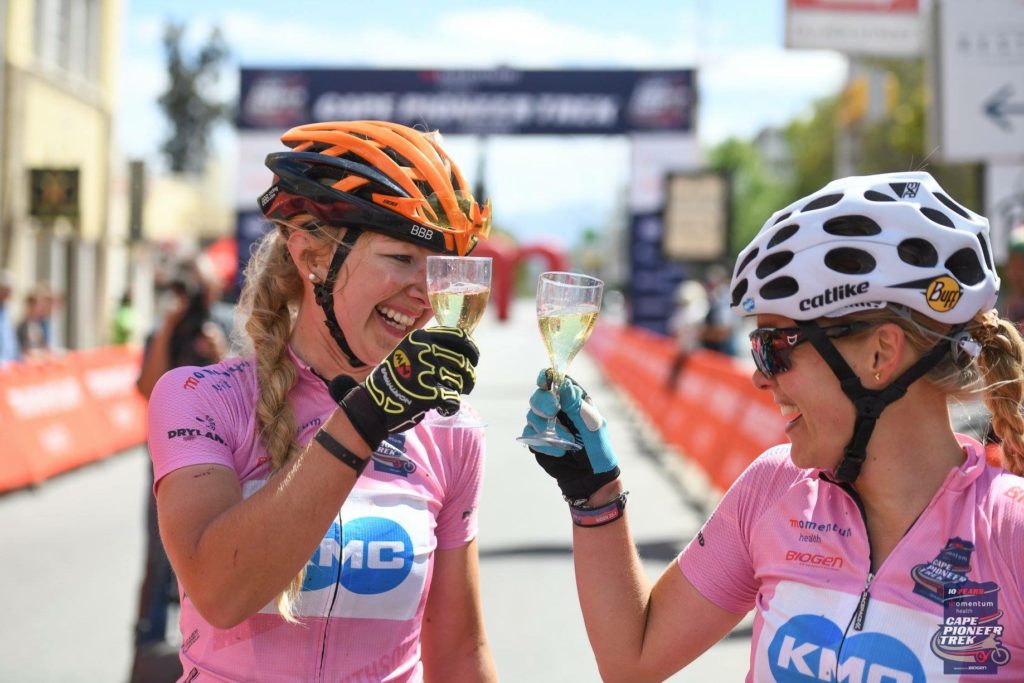 ‘Yesterday we had to deal with bizar circumstances mounting the Swartberg pass. Rain, a strong wind and a temperature around zero made Cemile cool down after the finish and she could hardly move anymore. Luckily she was recovered enough to win the last stage en the overall win today. Great to finish our season in this way.’, stated a happy Brouwer. 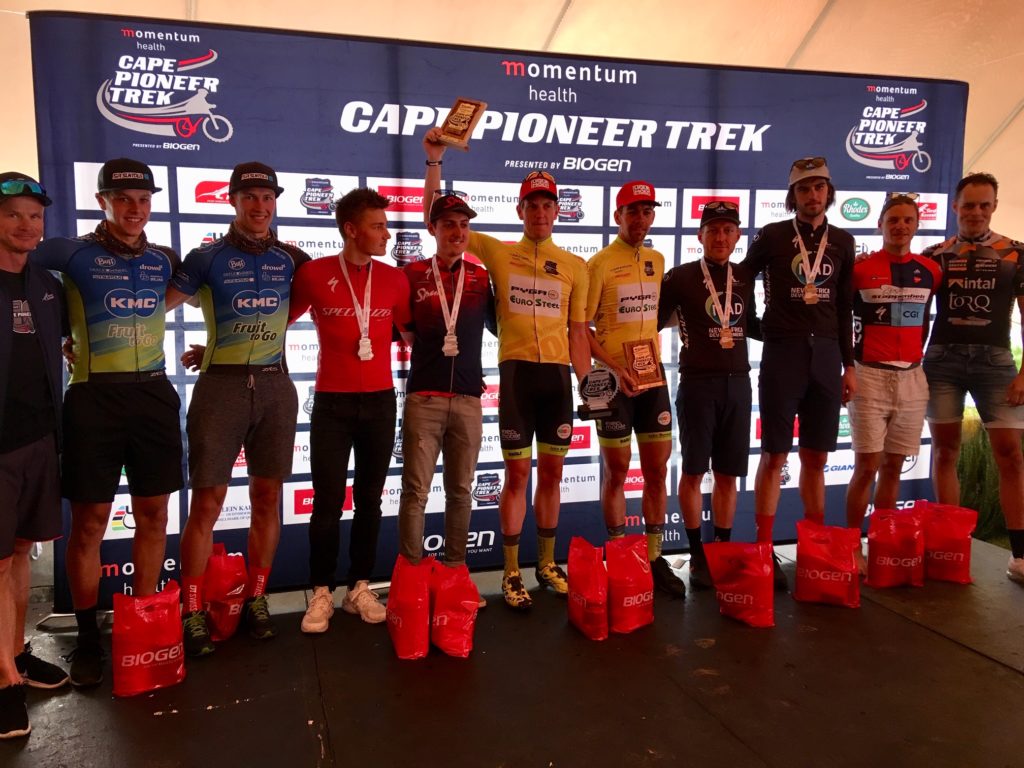 ‘In the stage to Swartberg pass we were the only ones who could follow team Spur-Specialized (Hatherly-Andreassen), NAD MTB (Beers-Combrick) and Pyga Euro Steel (Buys-Beukes). At the start of the climb we had to let them go and ended at fourth place again but way ahead of the other teams chasing us. Today we had to deal with some problems but we fixed them and our fourth place was never in danger. I really enjoyed this adventure in South Africa. Racing for seven days was new for me but good to have an experienced teammate as Gerben at my side who was raced Cape Pioneer Trek for the fourth time.’, stated Smeenge.