After a long and successful career on the mountainbike, Bram Rood (37) is putting an end to his sporting career. In 2014 Rood became Dutch Champion mountainbike in the marathon discipline in Eijsden and in 2011 he was the fastest man on the beach from Hoek van Holland to Den Helder. Abroad he won several marathons and two stages in the Titan Dessert in Morocco (2015). His longest ride, Offroad Finnmark in 2017, lasted almost three days and, together with Ramses Bekkenk, he managed to win after 700 kilometers in Alta, Norway. 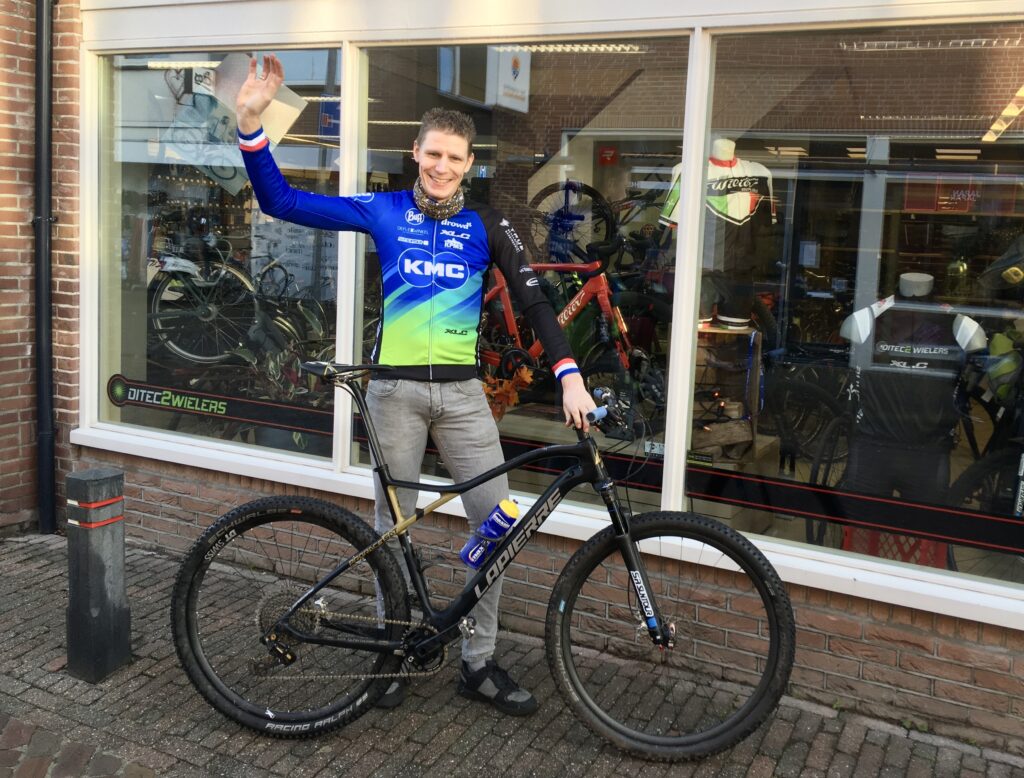 Of course I will still take the mountainbike regularly, but combining a family life with running my own company Rood Tweewielers and participating in the national mountain bike top is difficult. That is why it is now time to let go of performance. For the past ten years I have been part of the KMC team and I look back with great pleasure on the great races that we have competed from Norway to South Africa. I really enjoyed the stage races in South Africa. With Axel Bult I finished a few stages in the top ten of the Cape Epic and with Gerben Mos I took second and third places in the final classification of the Cape Pioneer. Still, winning the red white blue jersey in Eijsden remains the highlight. “, Says Rood.