Bram Rood keeps performing strong on the beach and took second place behind winner Ike Groen at the Westland MTB Challenge in s’Gravenzande today. Due to frost the beach was like a racetrack and KMC teammate Ramses Bekkenk opened the race with an early attack which did not last. 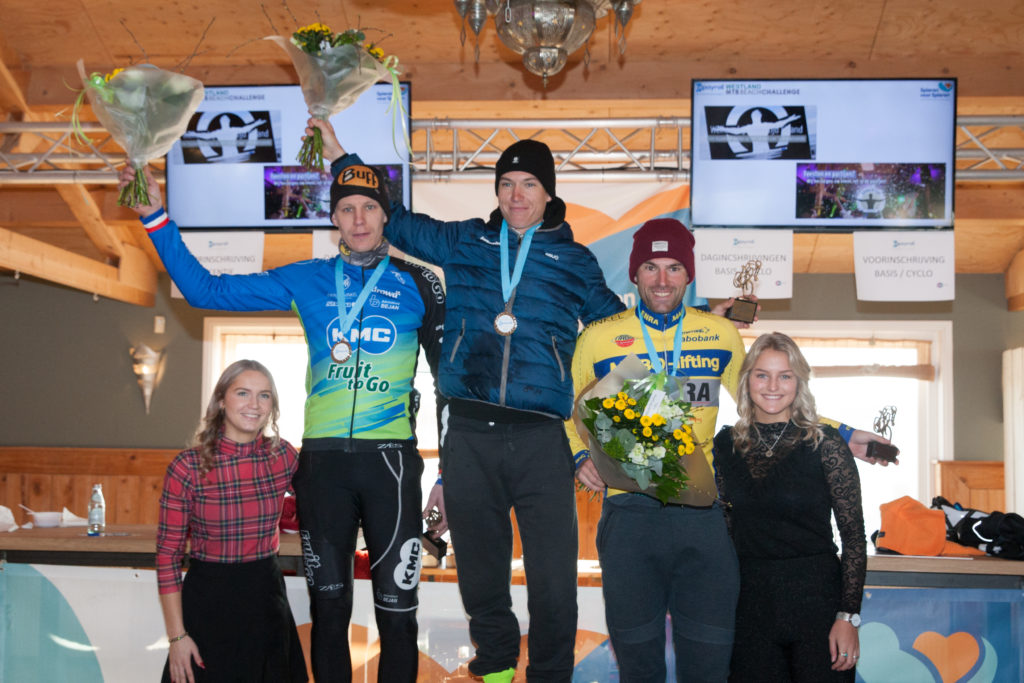 ‘After Ramses was caught I attacked together with Ike Groen and in a short time lapse we extended our lead to more than two minutes. Afterwards I heard from Ramses there was no organised chase behind us and Ike and I worekd well together. In the final part of the race I tried to get rid off Ike but didn’t succeed and was just beaten by him.’, stated Rood.