In Rockanje KMC biker Bram Rood took the bronze medal at the National Championships beachRace  behind winner Coen Vermeltvoort today. Rood finished a strong beachrace season in which he won the Topcompetiion race in Den Helder in style. Together with Vermeltvoort and Jasper Ockeleon he atacked in the loose sand around the first turning point and the three managed to stay away till the end. 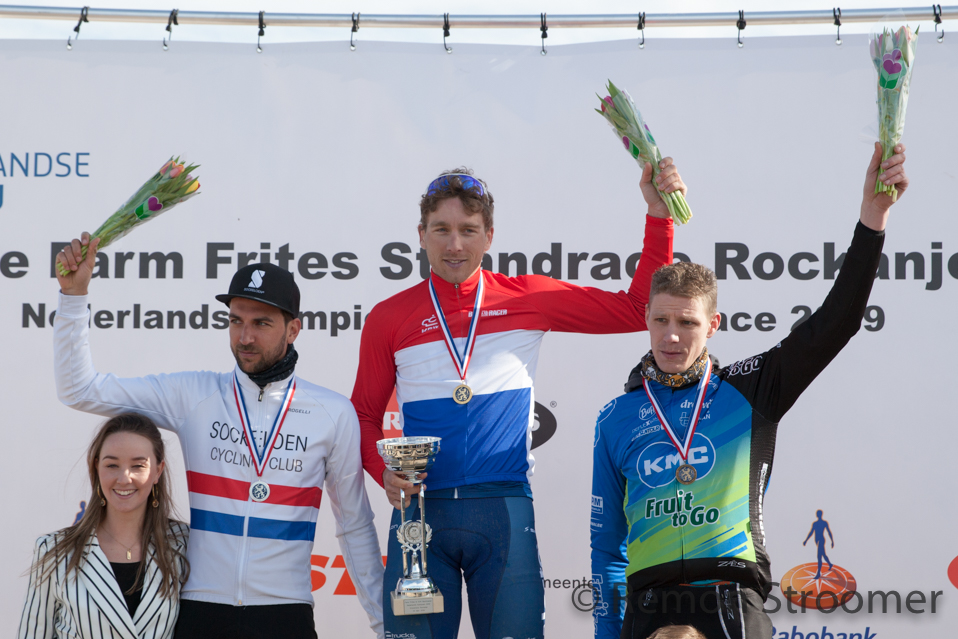 ‘After four of the fifty five kilometers we entered the loose sand where we had to turn. When we were back at the hard coastline we already had a gap on our chasers that increased quite soon to a solid lead. Working well together we kept our lead but in the end I had to give all I had to secure my third position. Great to gain this medal on the National Championships.’, stated Rood.