Last year he took the victory in the Duin tot Duin race in Julianadorp but that was for Bram Rood. Ivar Slik and Rick van Breda were just a bit too strong but Rood showed they have to take him into account for the next beachraces. From the start Rood was in the frontline and managed to stay in front on the ten kilometer long lap which had to be ridden four times. 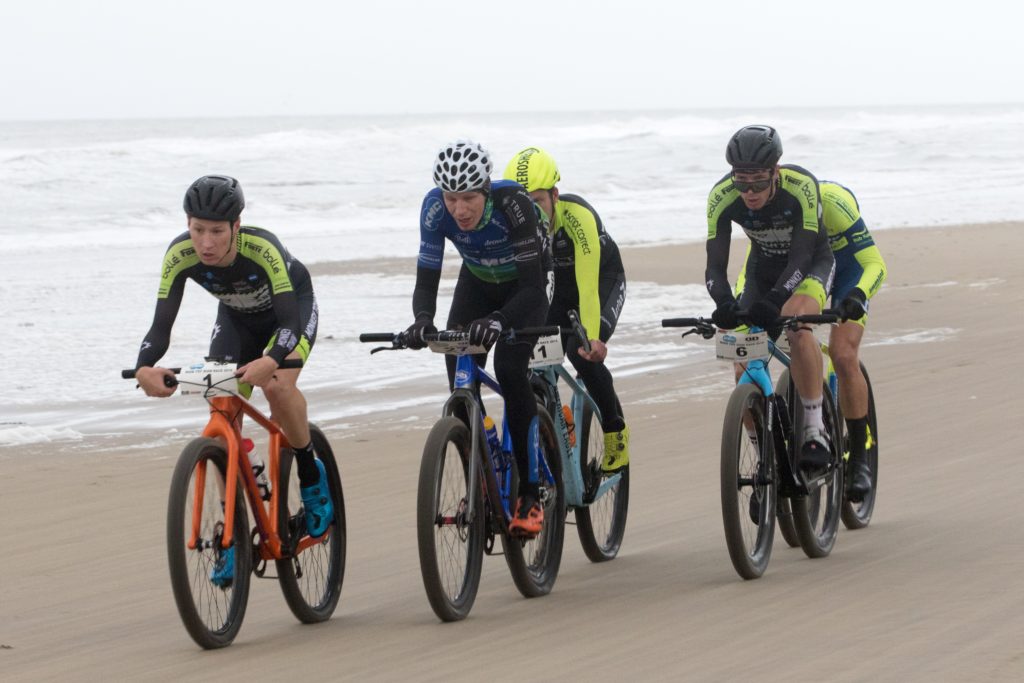 ‘It was a hard race with a southwest storm on our tails from the start. The leading group changed every lap and halfway the course the wind turned to a more west direction so it was better to stay in the shelter of the group riding northbound instead of going for a solo ride. Good to be on the podium for the first time in this beachseason.’, stated the KMC biker. Rood’s teammates Ramses Bekkenk and Martin Schuttert had a less energetic start and finished at 16th and 32th place.