The second participation of Ramses Bekkenk and Bram Rood to Offroad Finnmark was not celebrated with a victory this year. Both men started the race with a big disappointment as Ramses his bike did not arrive at Alta airport. In a hurry the bike they took as a donor bike in case of emergency was prepared to race. Far from ideal but necessary as Bekkenk’s bike despite promises did not arrive in time. 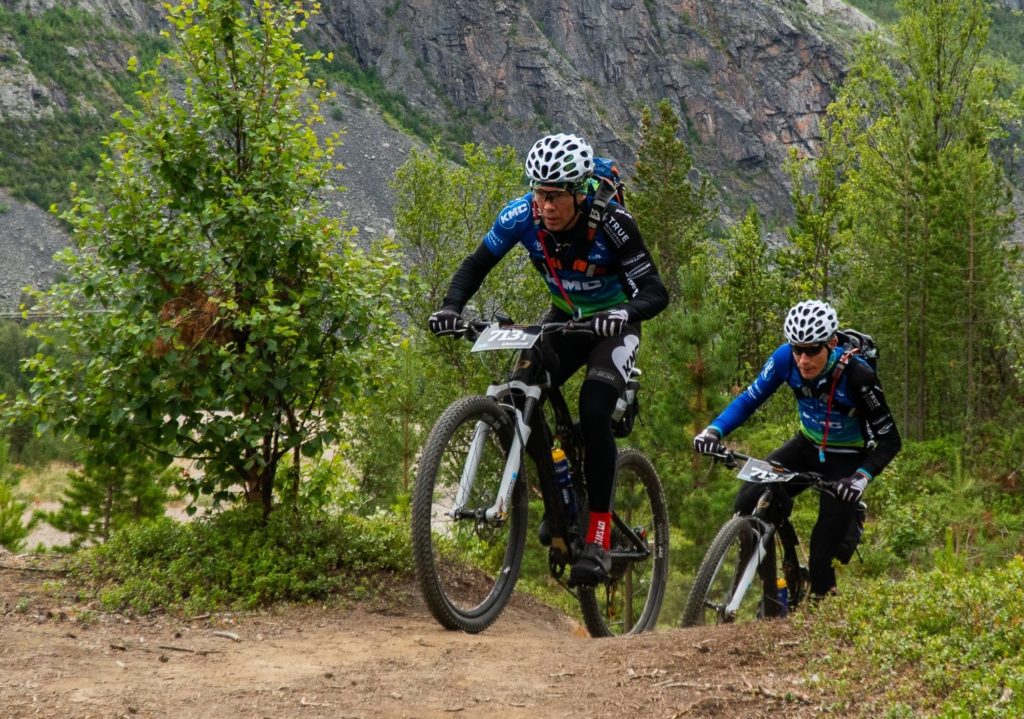 The start  was energic and they immediately took the lead in the race. After the first obligatory stop at 225 kilometers Bekkenk was able to ride his own meanwhile arrived bike again. Some small technical issues on the bike mounted by night had the be fixed during the race. After 500 kilometers they also had to deal with some personal problems and the pace went down. Ramses fell in a river and got stuck in quicksand and Bram had to deal with pain in his knee and problems with his stomic.

‘Meanwhile we were passed by later winners Andreas Setting and Einar Bjørn from team ASEB and I needed to sleep so badly that we stopped for a long time. The day and night before the race I went several times to the airport for my promised bike which appeared not to be there. My race preparation was far from ideal as you need the rest before the race. Too bad this happened but in the end satisfied despite our second place we managed to cross the finish line in Alta after 700 kilometers in almost 61 hours.’, stated Bekkenk.